Various fragments available. Select the one you wish on the list below.

PHOTO REPRESENTS A 0.08 GRAM SPECIMEN.  If you want a photo of the specimen you like in the list, just contact me here and I’ll send you a picture.

The Karoonda meteorite fell to earth on 25 November 1930 at 10:53 pm near the South Australian town of Karoonda. The CK chondrites were named for this meteorite. Adelaide residents reported a huge ball of fire with a flaming tail shooting across the eastern sky. Some reported that the colour of the flames changed from brilliant red, to pale blue to sickly yellow. Witnesses closer to Karoonda reported that a loud detonation followed by a low rumbling like thunder was heard shortly after the meteorite passed overhead. The meteorite was eventually found nearly a month later by Professor Kerr Grant who collected information from locals and then searched an area of radius 3 miles (5 km). The remains of the object were found about 2 feet (0.6 m) underground, in a crater about 2 feet (0.6 m) in diameter. Total mass found was 41.73 kg.

Each specimen is sold in a box with my label/certificate of authenticity and copies of former owners. 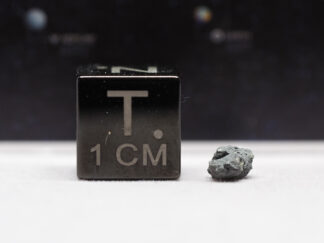 You're viewing: Karoonda (CK4) $ 23.16 – $ 34.21
Select options
We use cookies on our website to give you the most relevant experience by remembering your preferences and repeat visits. By clicking “Accept”, you consent to the use of ALL the cookies.
Cookie settingsACCEPT
Manage consent