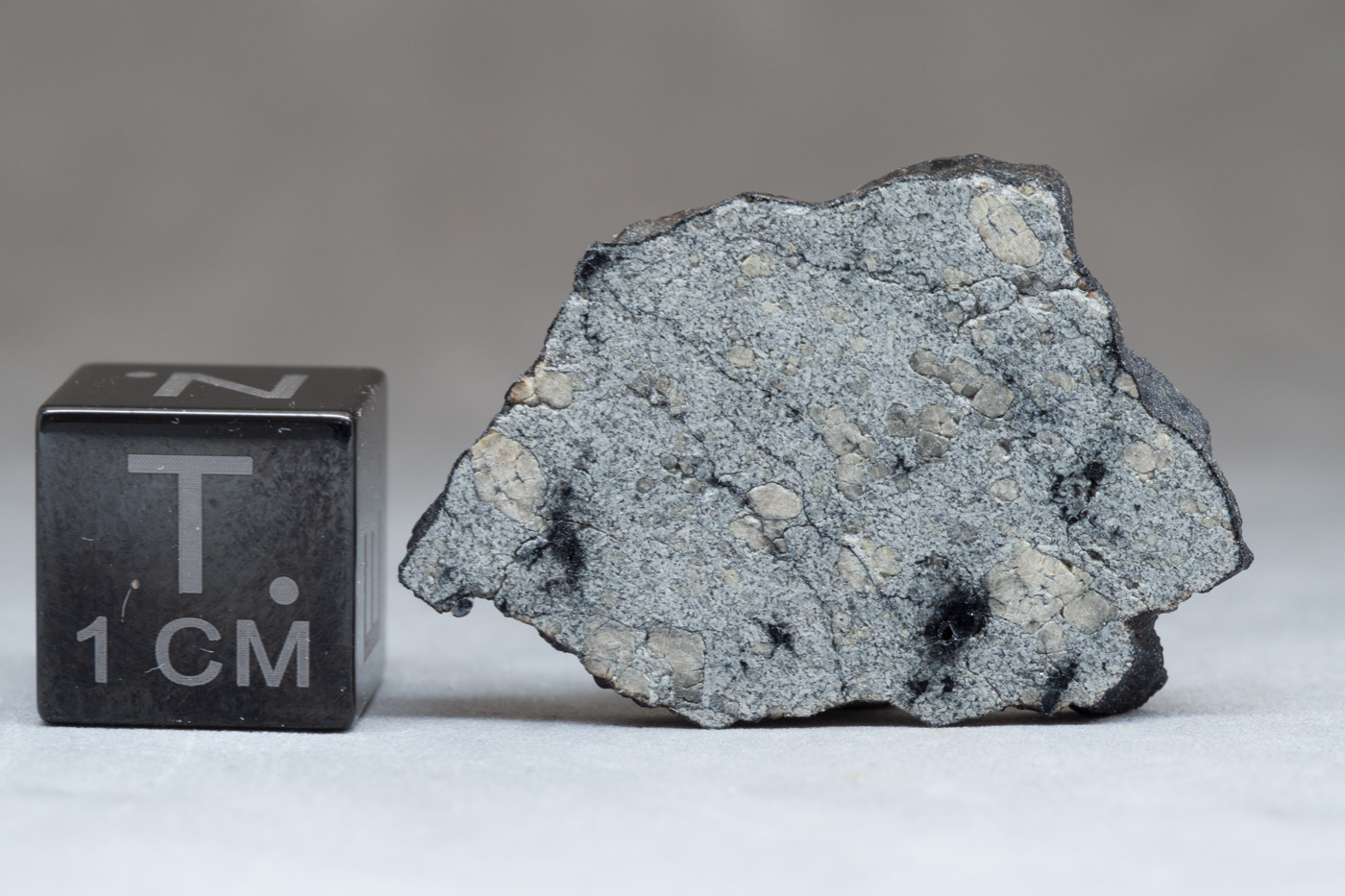 History: (H. Chennaoui Aoudjehane, FSAC, and A. Aaronson) At about 2 am local time on July 18, 2011, a bright fireball was observed by several people in the region of the Oued Drâa valley, east of Tata, Morocco. One eyewitness, Mr Aznid Lhou, reported that it was at first yellow in color, and then turned green illuminating all the area before it appeared to split into two parts. Two sonic booms were heard over the valley. In October 2011, nomads began to find very fresh, fusion-crusted stones in a remote area of the Oued Drâa intermittent watershed, centered about 50 km ESE of Tata and 48 km SSW of Tissint village, in the vicinity of the Oued El Gsaïb drainage and also near El Ga’ïdat plateau known as Hmadat Boû Rba’ ine. The largest stones were recovered in the El Ga’ïdat plateau, whereas the smallest one (a few grams) closer to the El Aglâb Mountains. One 47 g crusted stone was documented as being found at 29°28.917’ N, 7°36.674’ W.

Physical characteristics: Several fusion-crusted stones have been collected ranging from 1 to 987 g, with a total weight of around 7 kg. The stones are almost completely coated by glistening black fusion crust, characterized by thicker layers on exterior ridges as well as much glossier regions (above interior olivine macrocrysts). Some stones have thinner secondary fusion crust on some surfaces. The crust on some stones has been broken in places to reveal the interior, which appears overall pale gray in color with larger, very pale yellow olivine macrocrysts, and sporadic small pockets and some very thin veinlets of black glass. No terrestrial weathering is evident.

Specimens: A total of 30.3 g of type material and one polished thin section are on deposit at UWS. Other known institutional specimens include 370 g (ASU), 58 g (UAb), and 108 g (UNM). The remaining material is held by anonymous dealers and collectors.