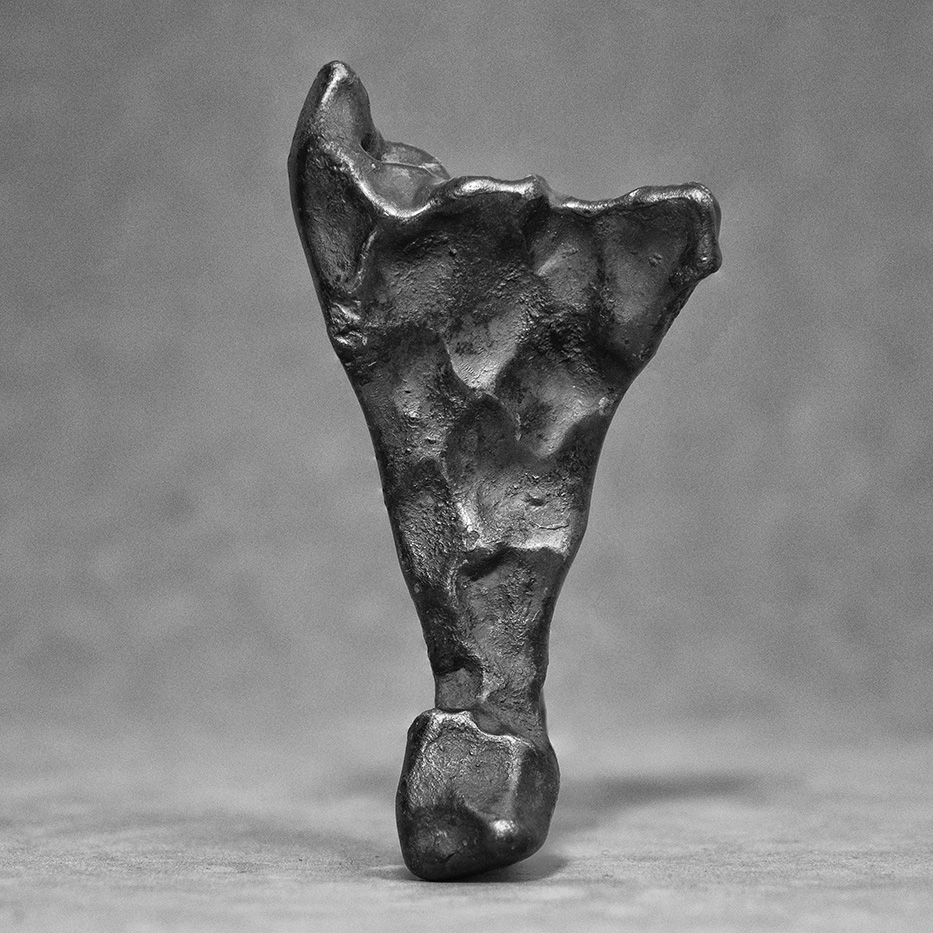 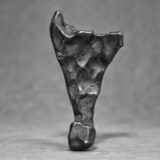 At 10.38 am on february 12, 1947, the inhabitants of the Primorsky Province in Siberia observed a very bright fireball. It came from the north and left behind it a long trail of dust and smoke. The noise of the detonation was heard more than 320 kilometers away. The atmospheric entry velocity was estimated at 14.5 kilometers per second (more than 52000 km/h). The meteor fragmented at an altitude of 5.6 km which is quite low compared to other known bolides. It threw countless fragments on a small area of 1.3 square kilometers. They formed at impact numerous craters, the largest of them measuring 26 meters in diameter and 6 meters deep.

Depending on the ablation phenomena during atmospheric reentry, many specimens have carved aesthetic form, fairly smooth, with many regmaglypts, and others have got the shape of shrapnels (a term used to denote abusively bursts of metal thrown by any kind of explosion).

That Sikhote-Alin specimen was the first meteorite I ever bought !