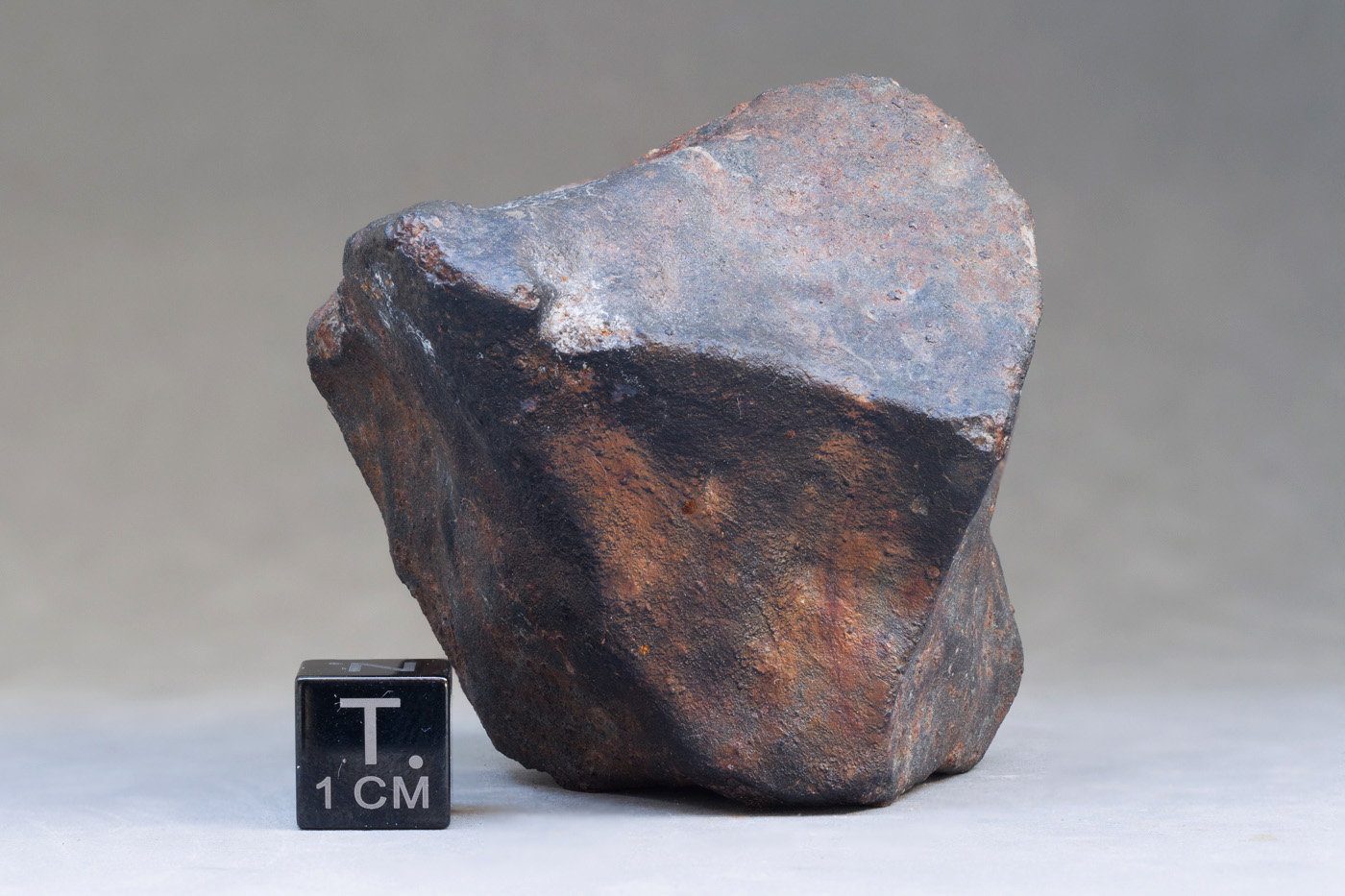 SAU 001 in one of the most important meteorite fall in Oman and even in the world. Thousands of specimens were found, from several milligrams to more than 10 kilograms individuals since the area was searched. The SAU 001 are relatively fresh but most are covered partly by rust and also an iridescent crust on some specimens. They are recognizable because of these characteristics. Fragments of crust were analyzed to determine the terrestrial age of this meteorite, that means the date of fall.