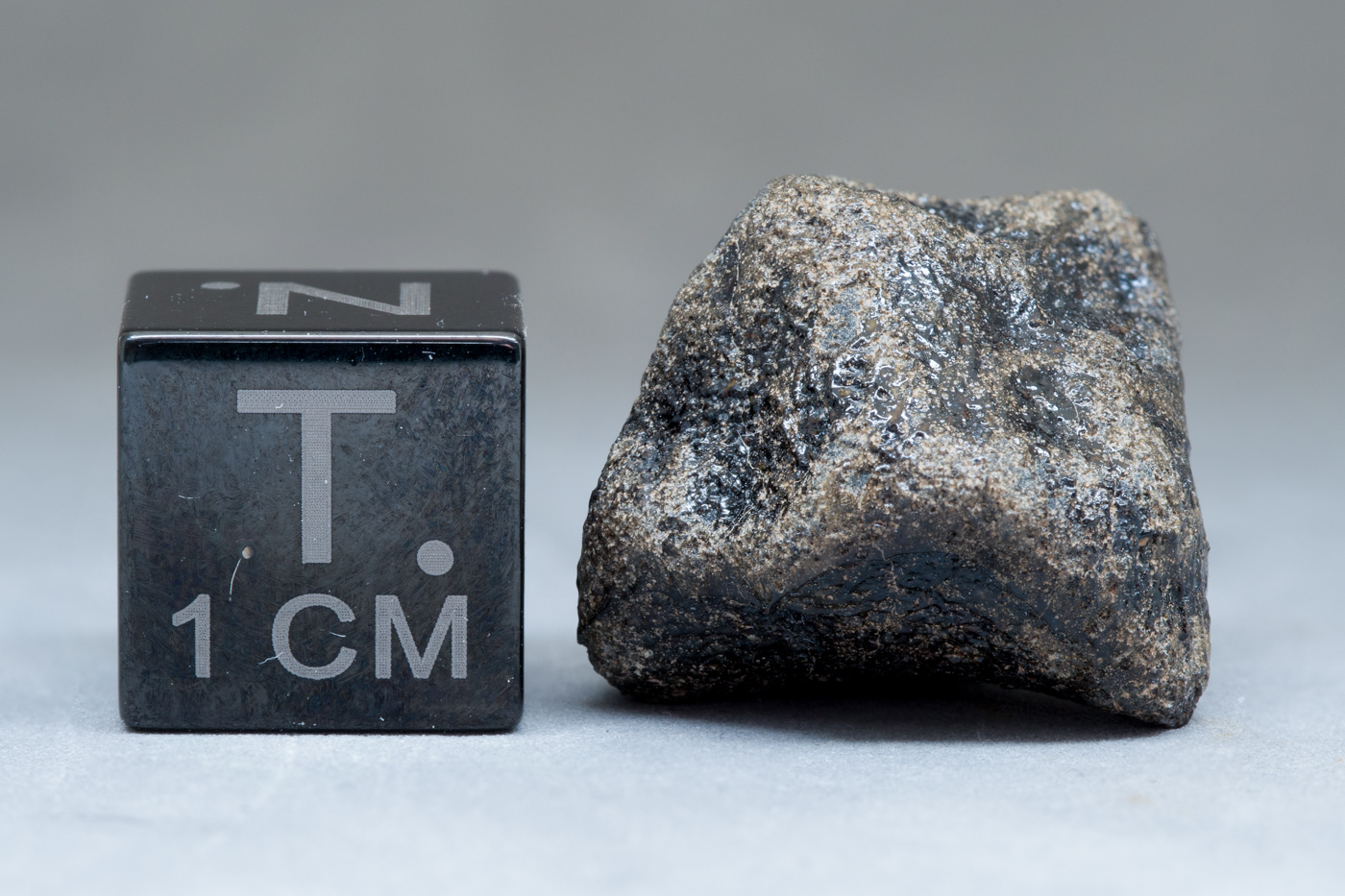 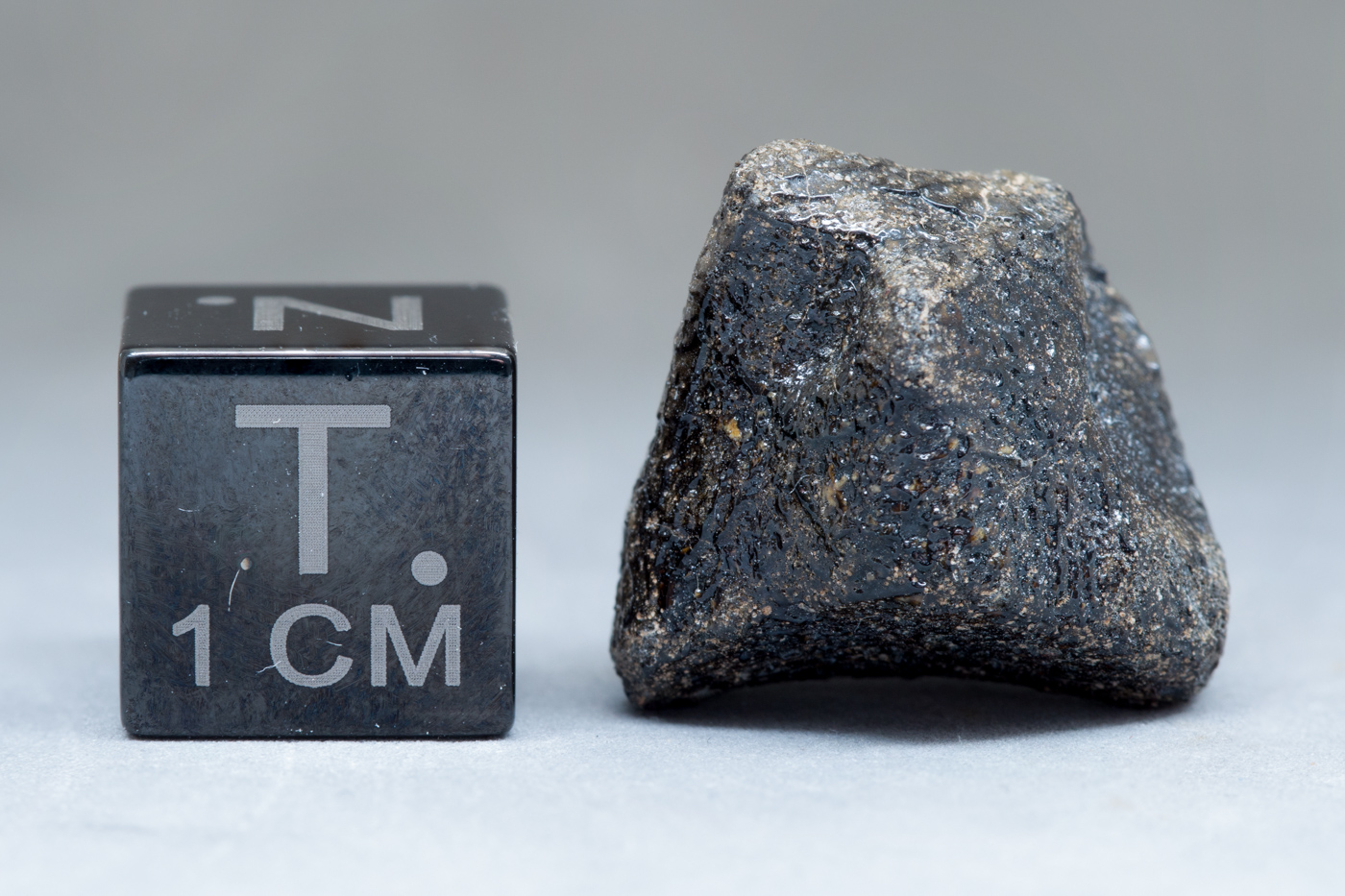 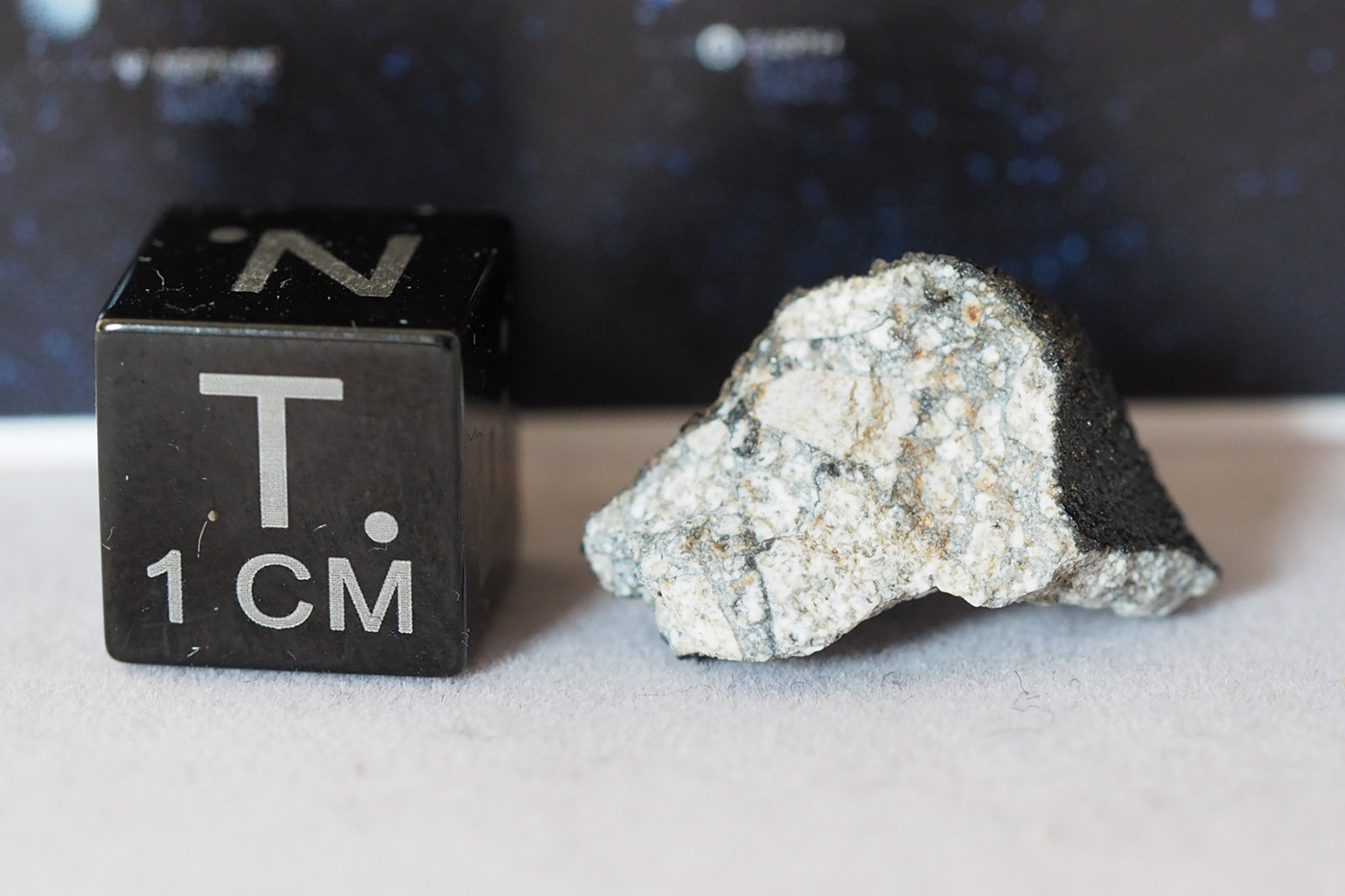 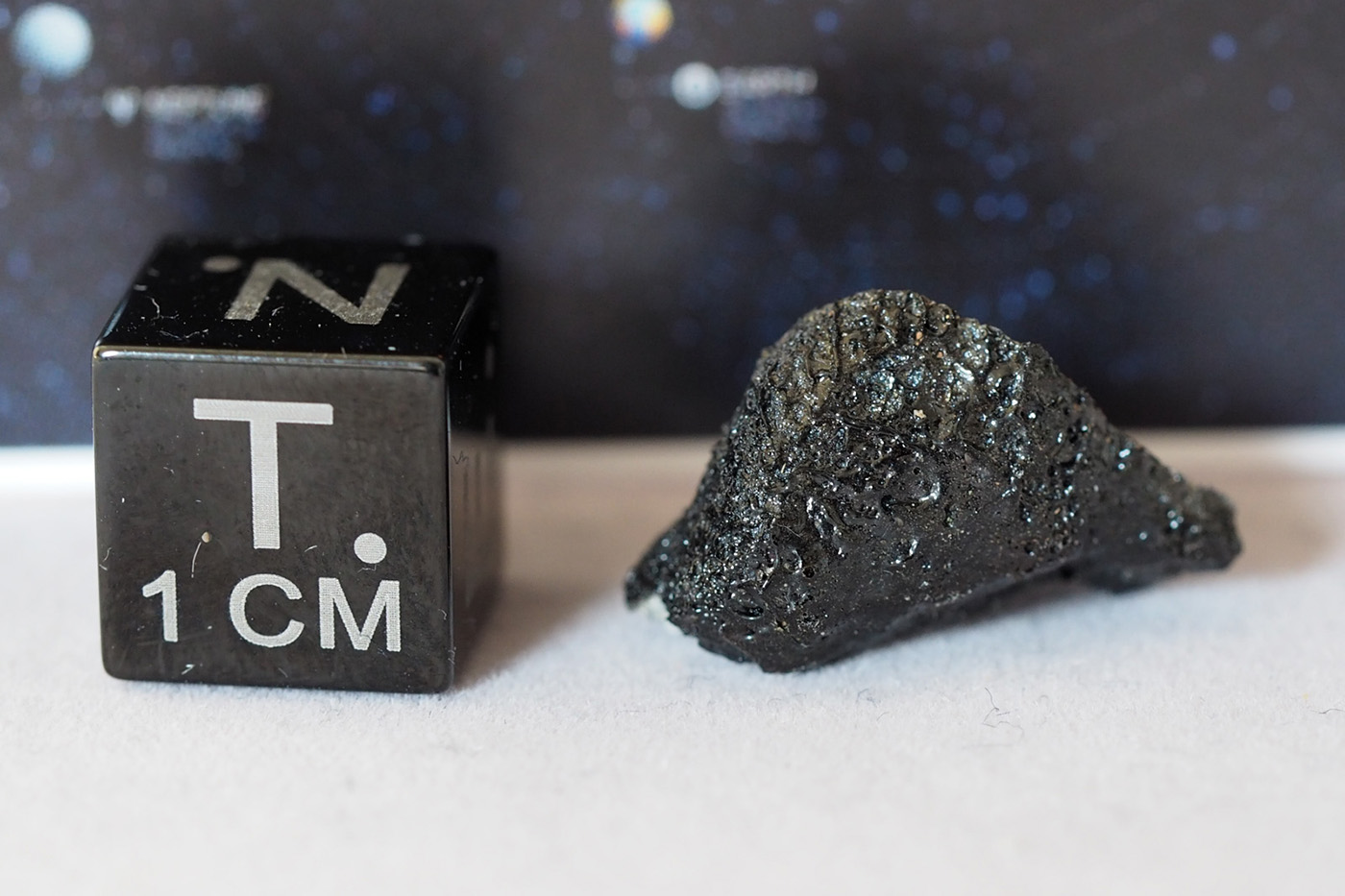 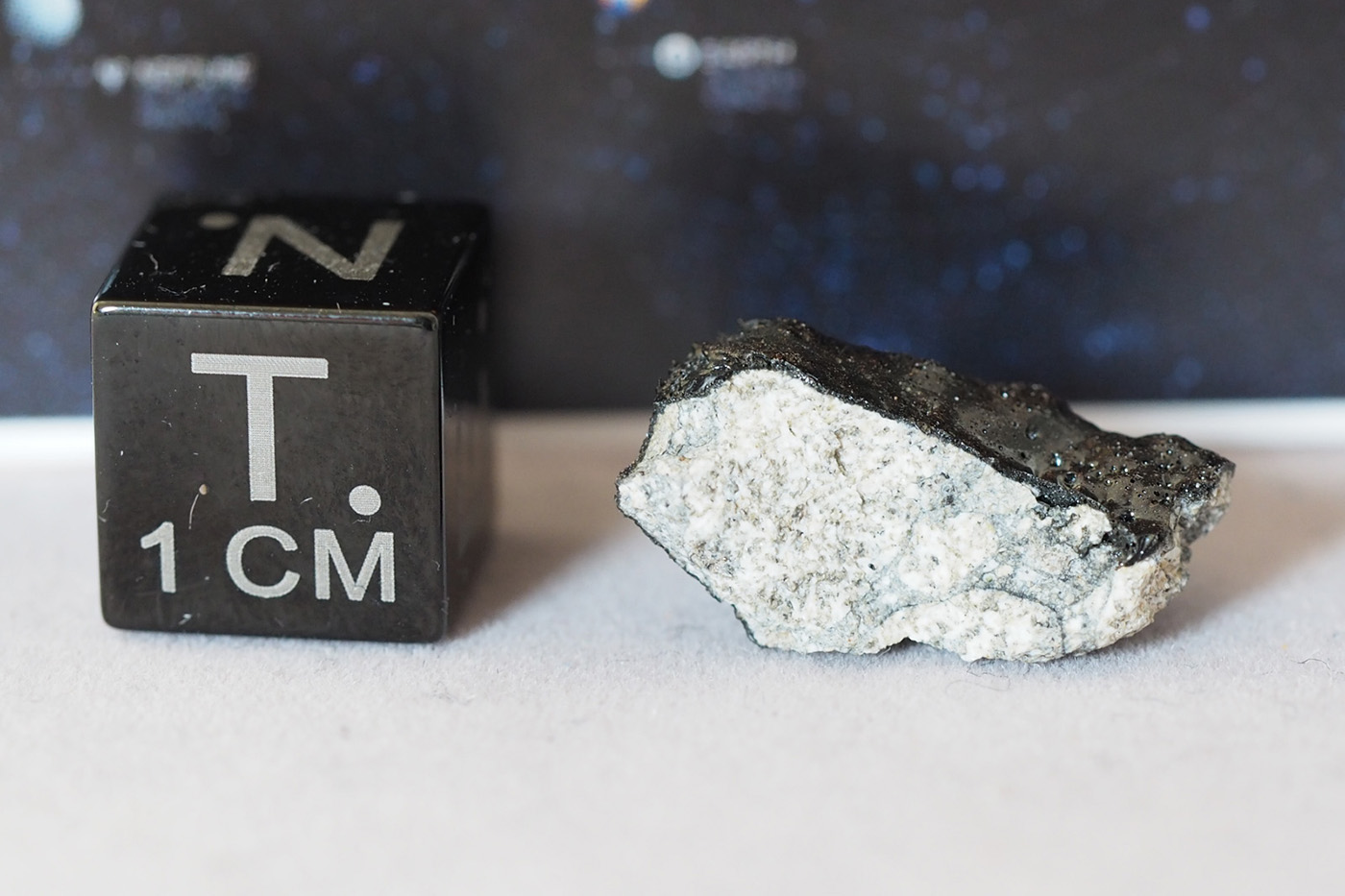 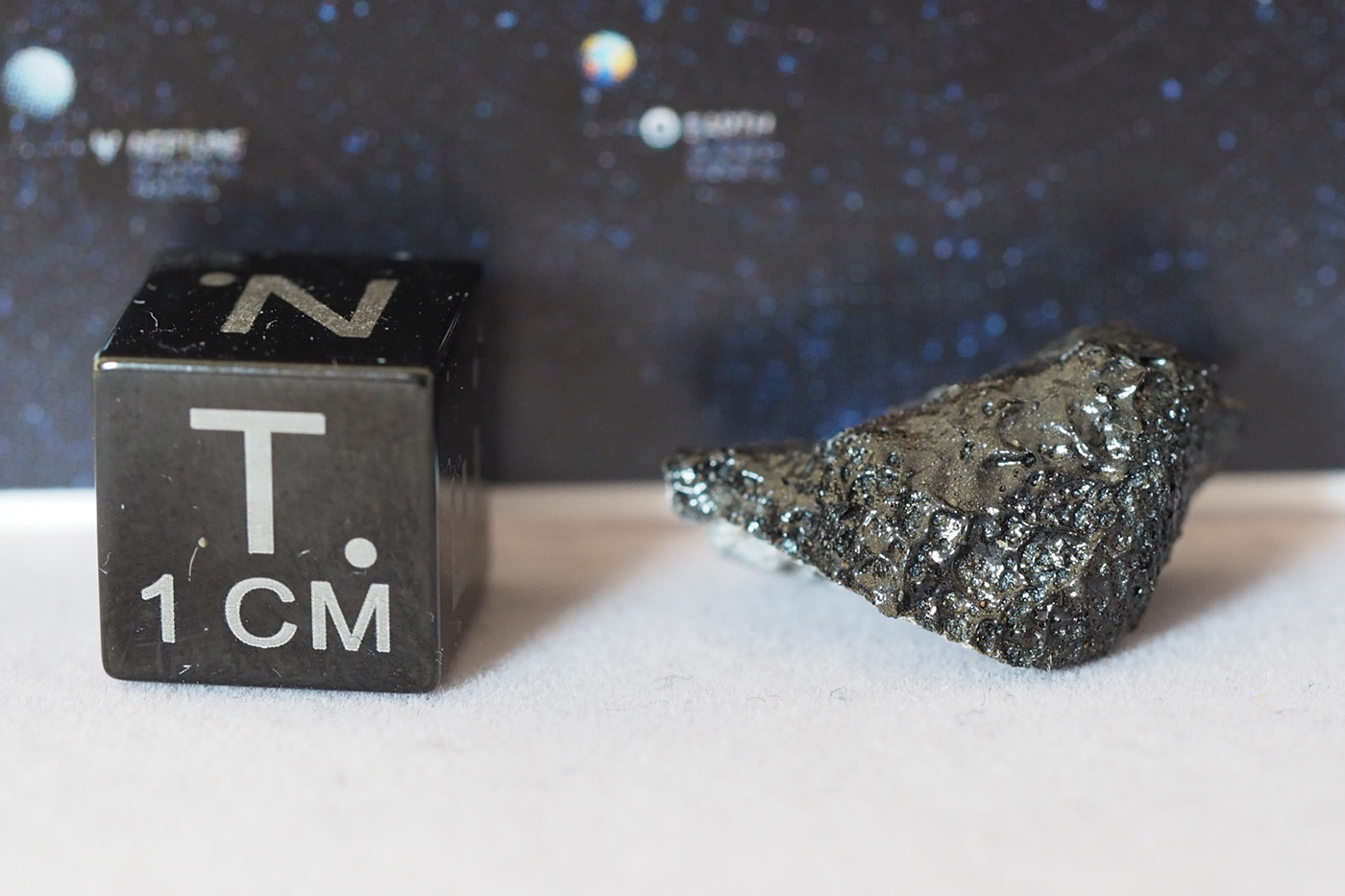 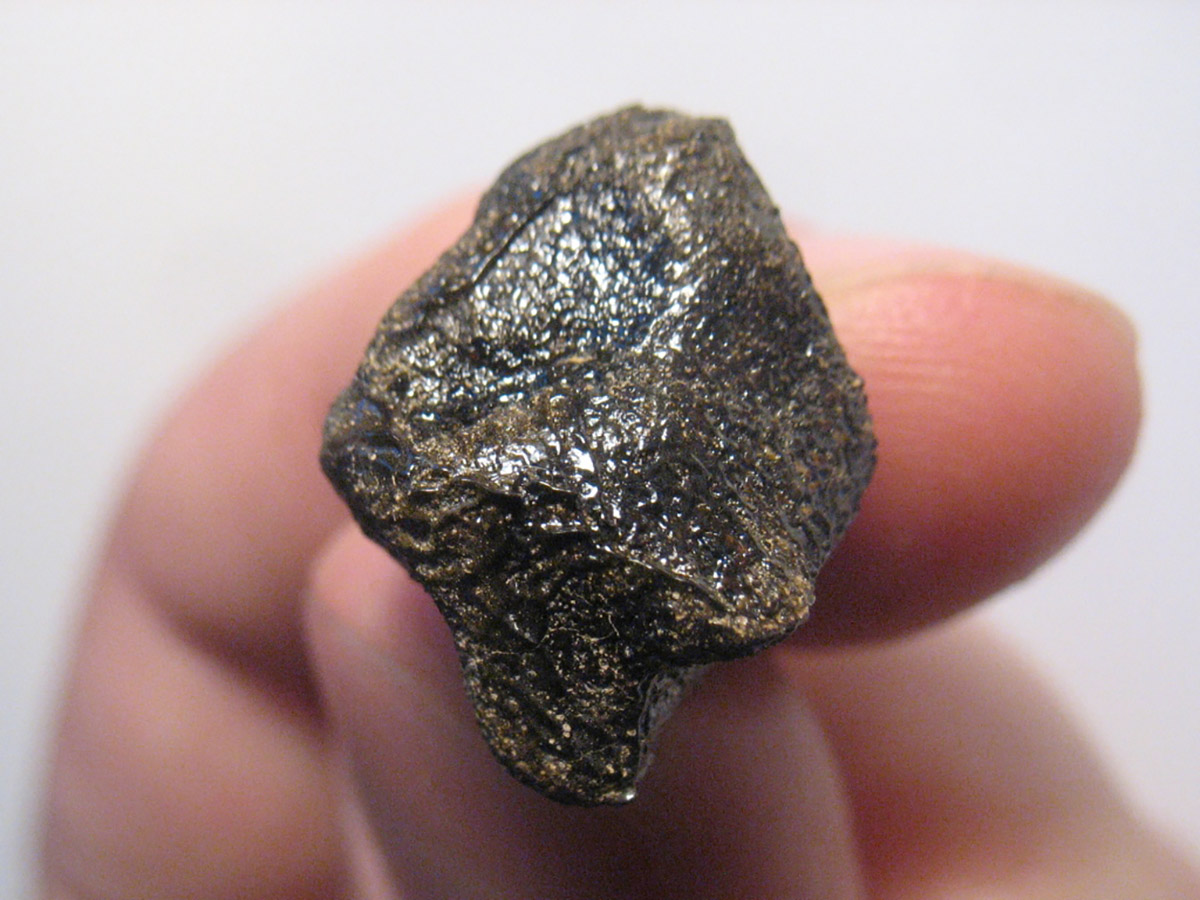 A rather massive meteor was observed in the evening of may 10, 2007 by thousands of witnesses all over Spain. It was also followed by the SPMN camera network (Spanish Meteor and Fireball Network). Unfortunately, no video was ever made public of the fireball during its fall. However, two photos of the meteor trail were taken. The SPMN calculated the trajectory within two weeks (northeast to southwest). The main fragmentation occurred at 27 km of altitude.

The Puerto Lápice strewnfield is hard to search. It begins with plowed fields and by an olive grove, vineyards and finally through a hill. Black olives on the ground make it difficult because they really resemble specimens of the meteorite. The chances to find more stones now are more than tiny; be advised to delve into the hills around the area.

The specimen of 4.03 grams in my possession was found by Marie Gerbet during an expedition in which I also participated in 2012. This is undoubtedly one of the most beautiful eucrites ever.