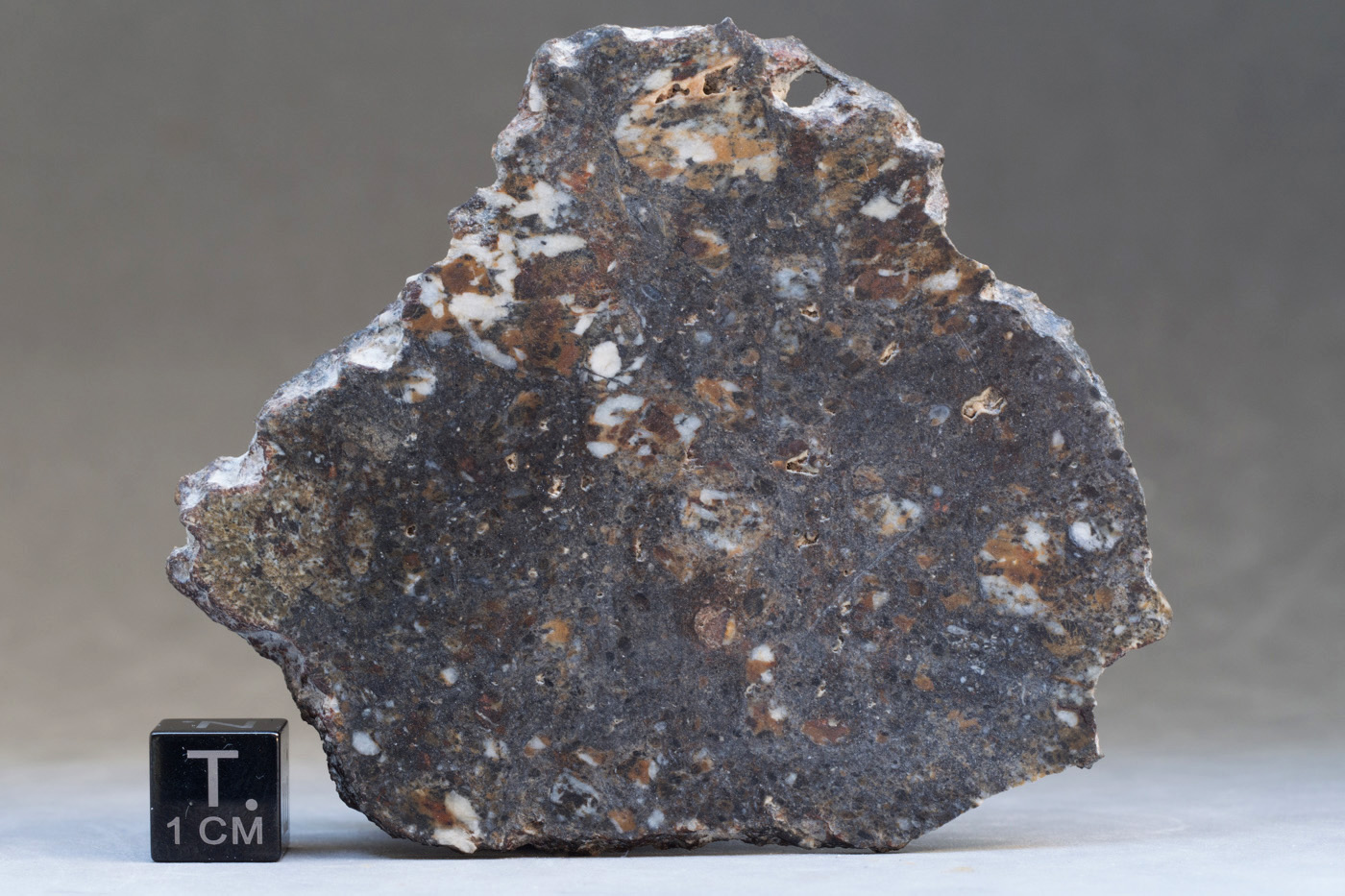 NWA 6933 is a eucrite, from the asteroid Vesta or similar bodies; it is an asteroid surface rock that could be compared to terrestrial basalts (olivine and pyroxene, feldspar… quickly crystallized from the original magma).

It seems that this rock was subjected to a violent impact, which has reshaped its structure; fragments separated under the force of impact then were resoldered under the action of the subsequent heat which has partially melted them.