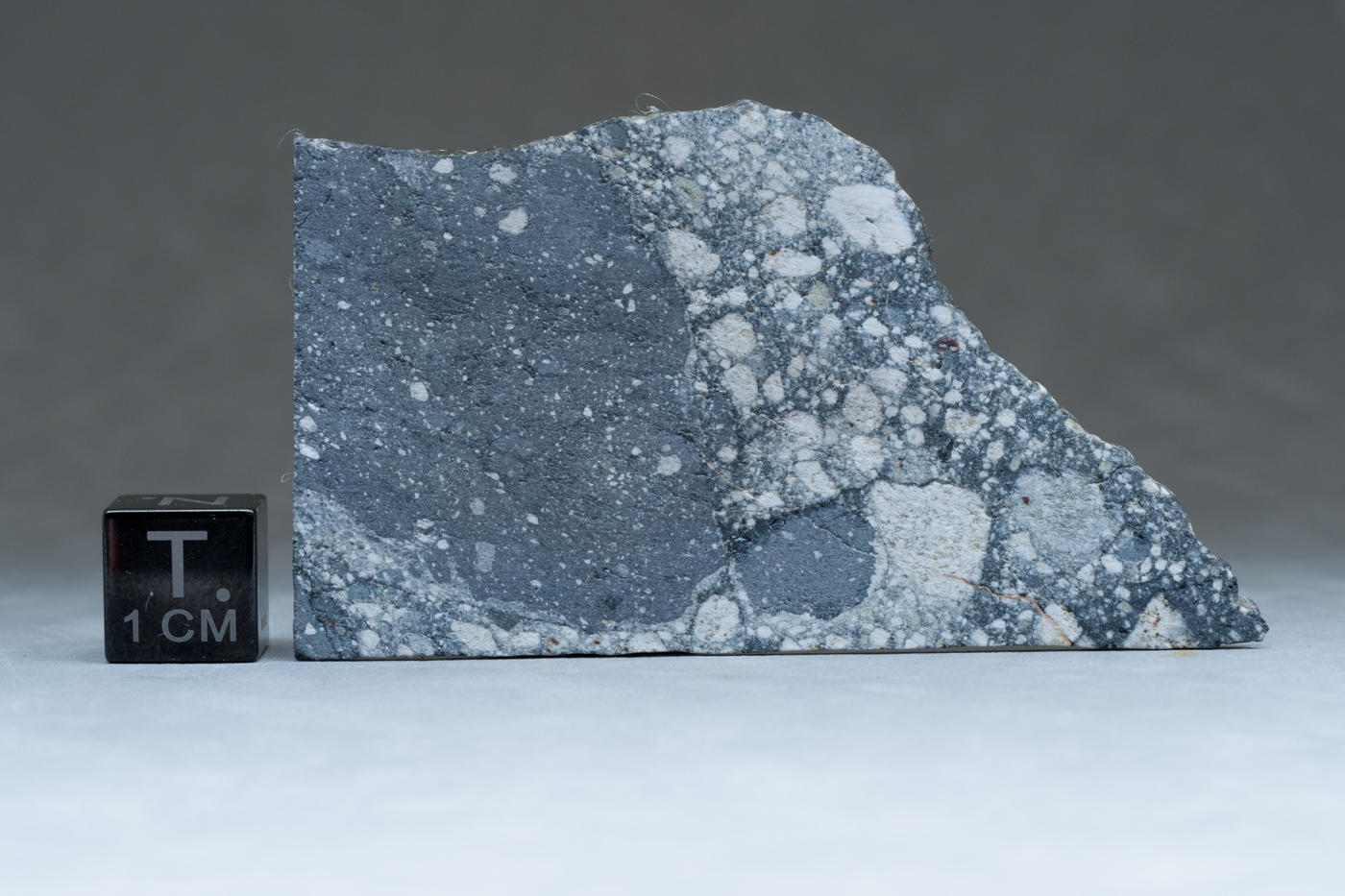 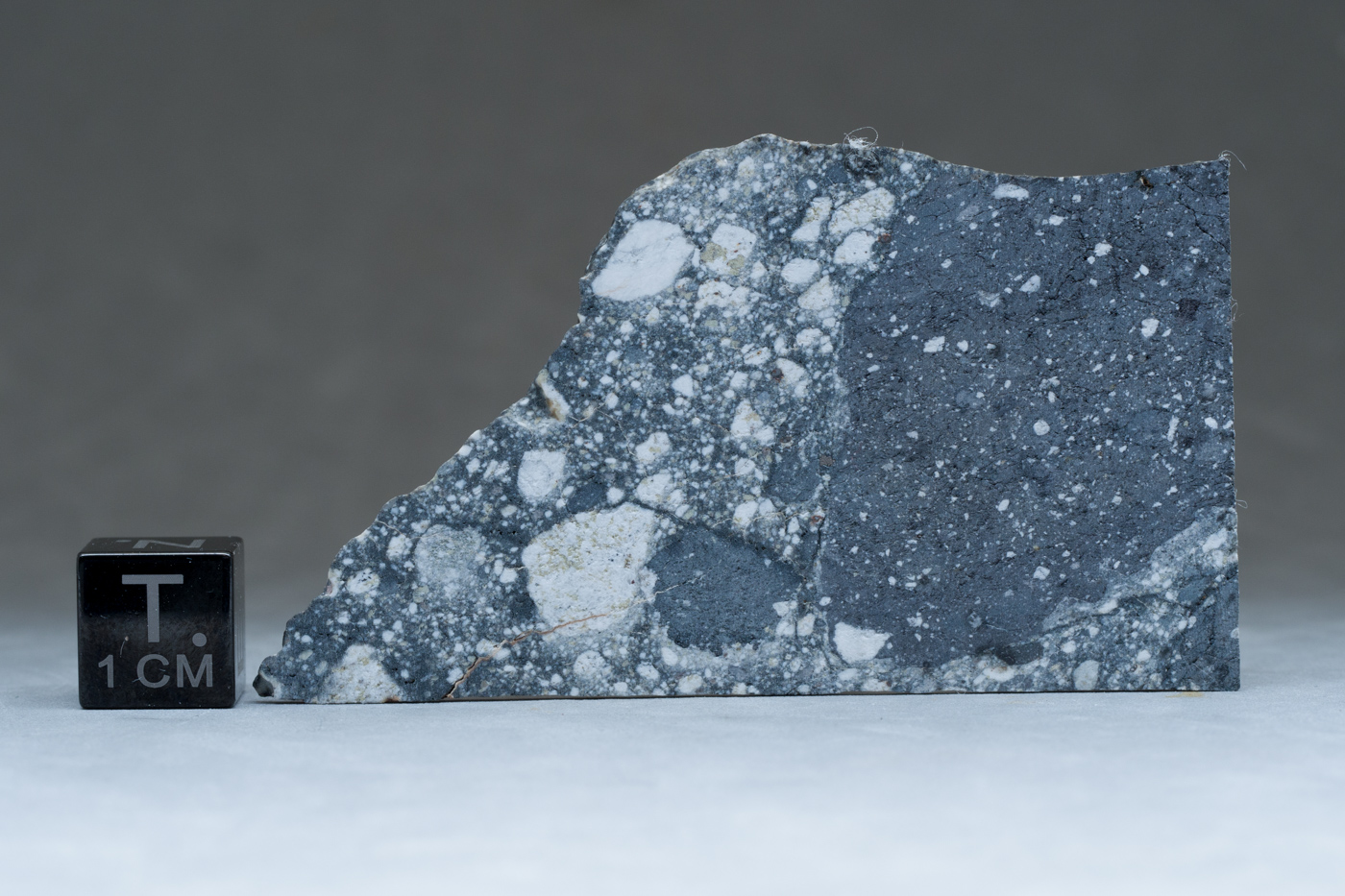 Northwest Africa 5000 is one of the largest lunar meteorites ever found. It is exceedingly important in that it represents a previously unexplored part of the Moon and is the only Highlands Gabbro available for study. Originally, it weighed 25 lbs 6.6 oz. (11528 grams.)

The matrix looks like a moment caught in time as the impacting asteroid shattered solid rock on the surface of the Moon before ejecting NWA 5000 into space. This meteorite contains breccias within breccias, and the preferential orientation of clasts lends a unique 3-D appearance. Included in the stone are an unusually large amount of 4.5 billion year old impactor metal (nickel-iron). The exterior appearance is outstanding with well-preserved regmaglypts (“thumb-printing” marks from atmospheric entry), areas devoid of fusion crust that have been naturally polished by the Saharan ‘Winds of Time’ and generous amount of well preserved fusion crust.

Northwest Africa 5000 has become legendary in the short period of time since its discovery in Morocco in 2007.