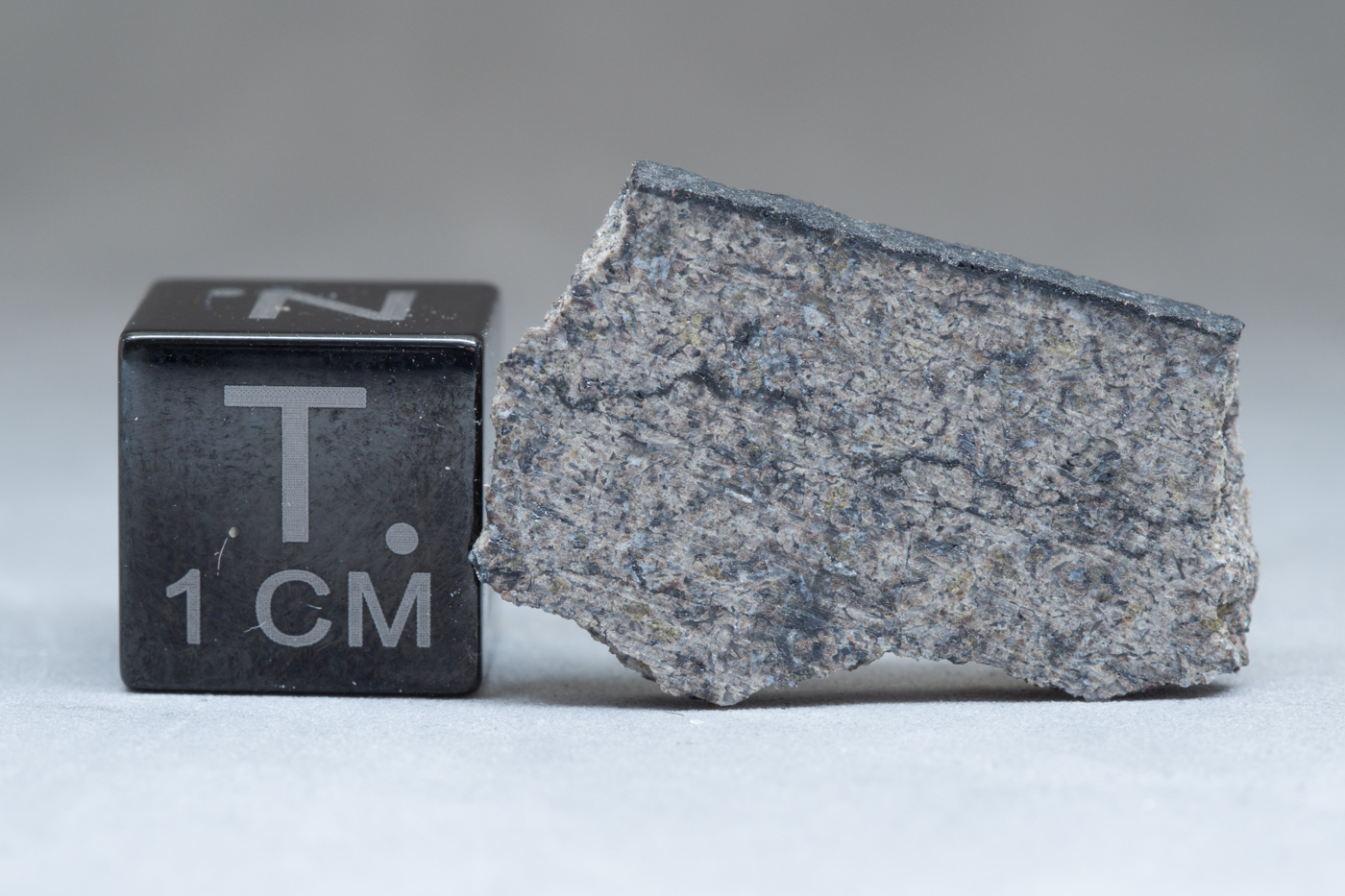 NWA 4734 is an unbrecciated lunar basalt originating from a lunar mare (a lunar « sea », in fact a large basalt plateau), unlike to the vast majority of lunar meteorites that come from areas called Highlands  and are mineralogically very different. The meteorite NWA 4734 is similar in composition and texture to the lunar meteorite found in Antarctica, LAP 0225. Despite these similarities, the isotopic characteristics are different. NWA 4734 is a really rare lunar meteorite and is an amazing addition to any meteorite collection.