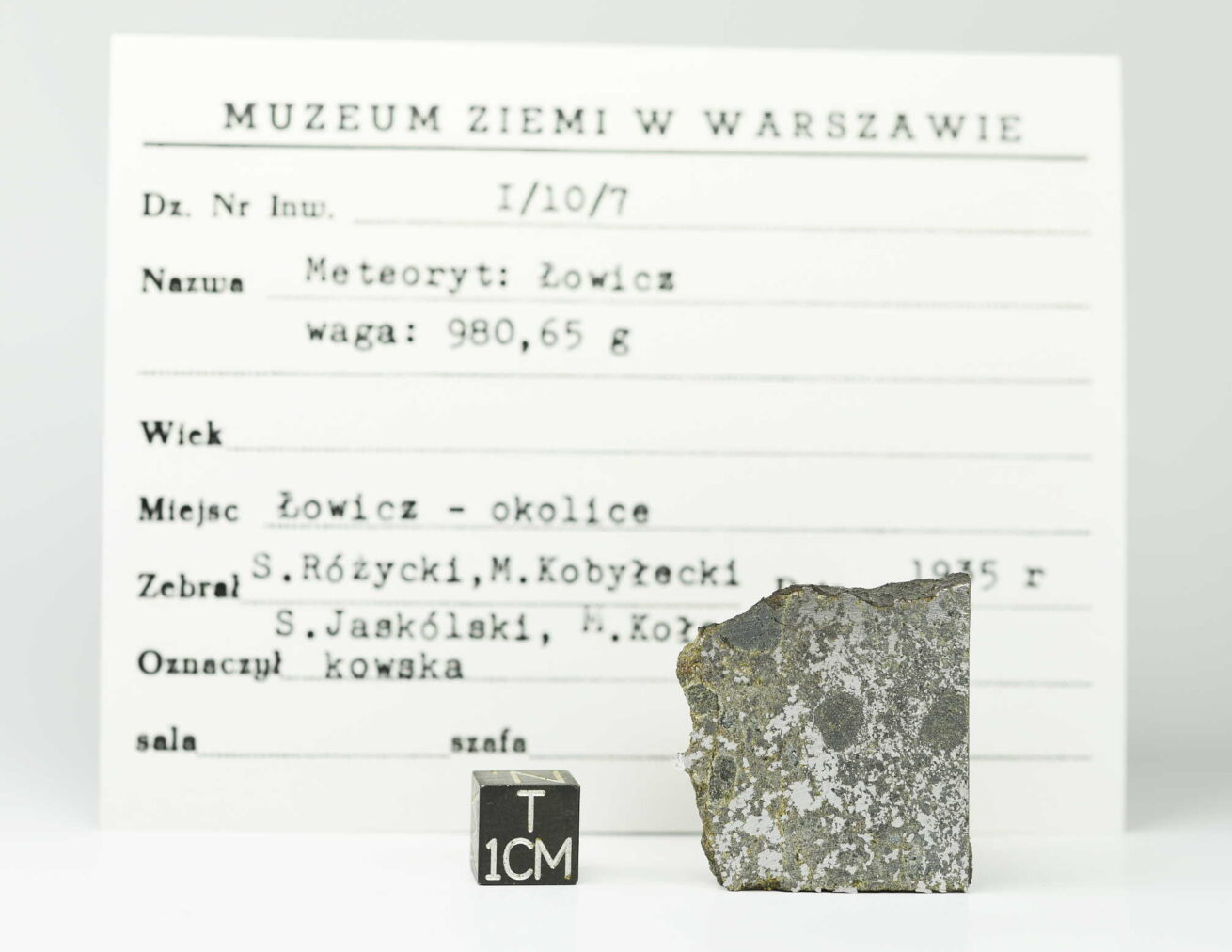 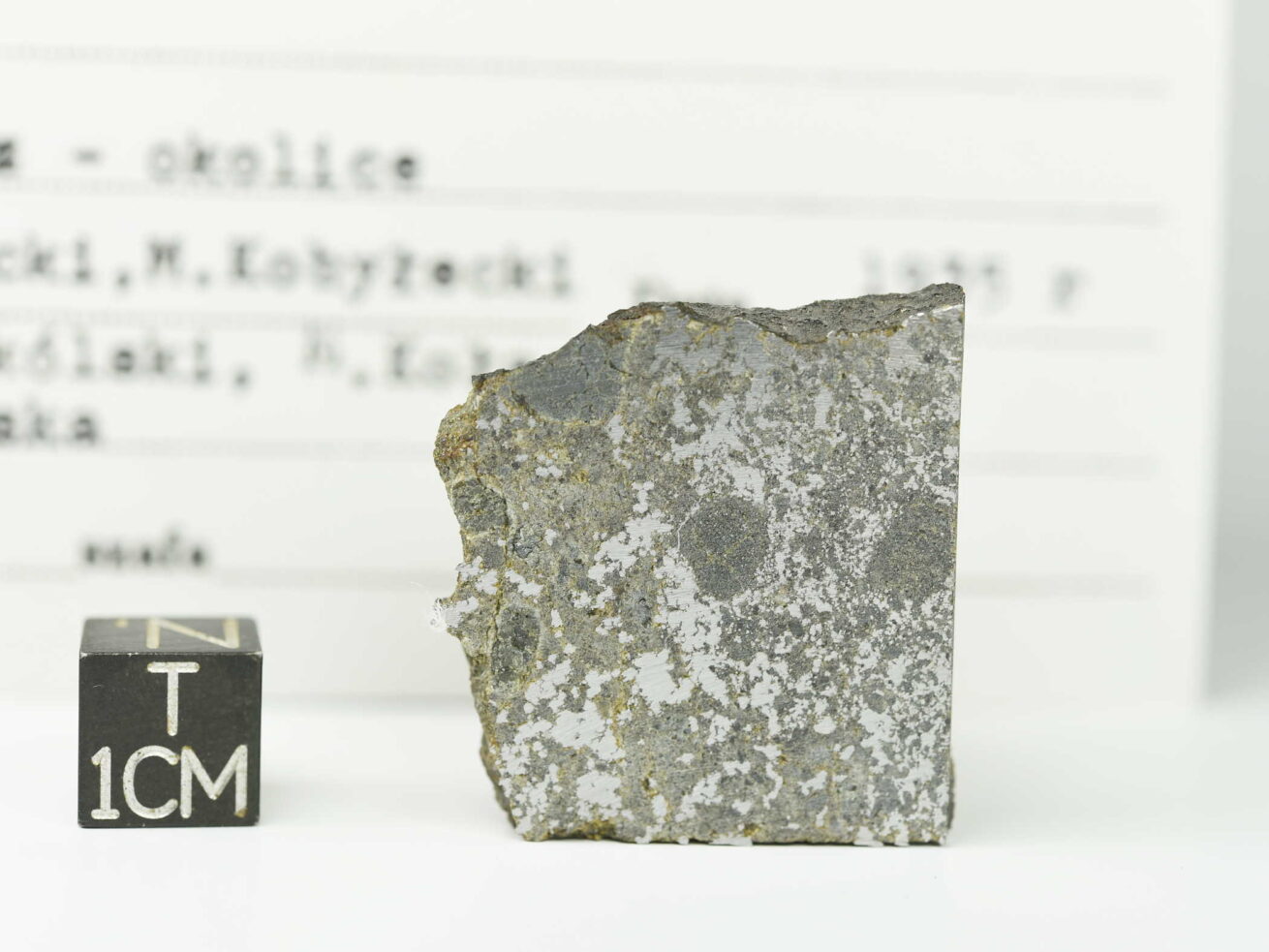 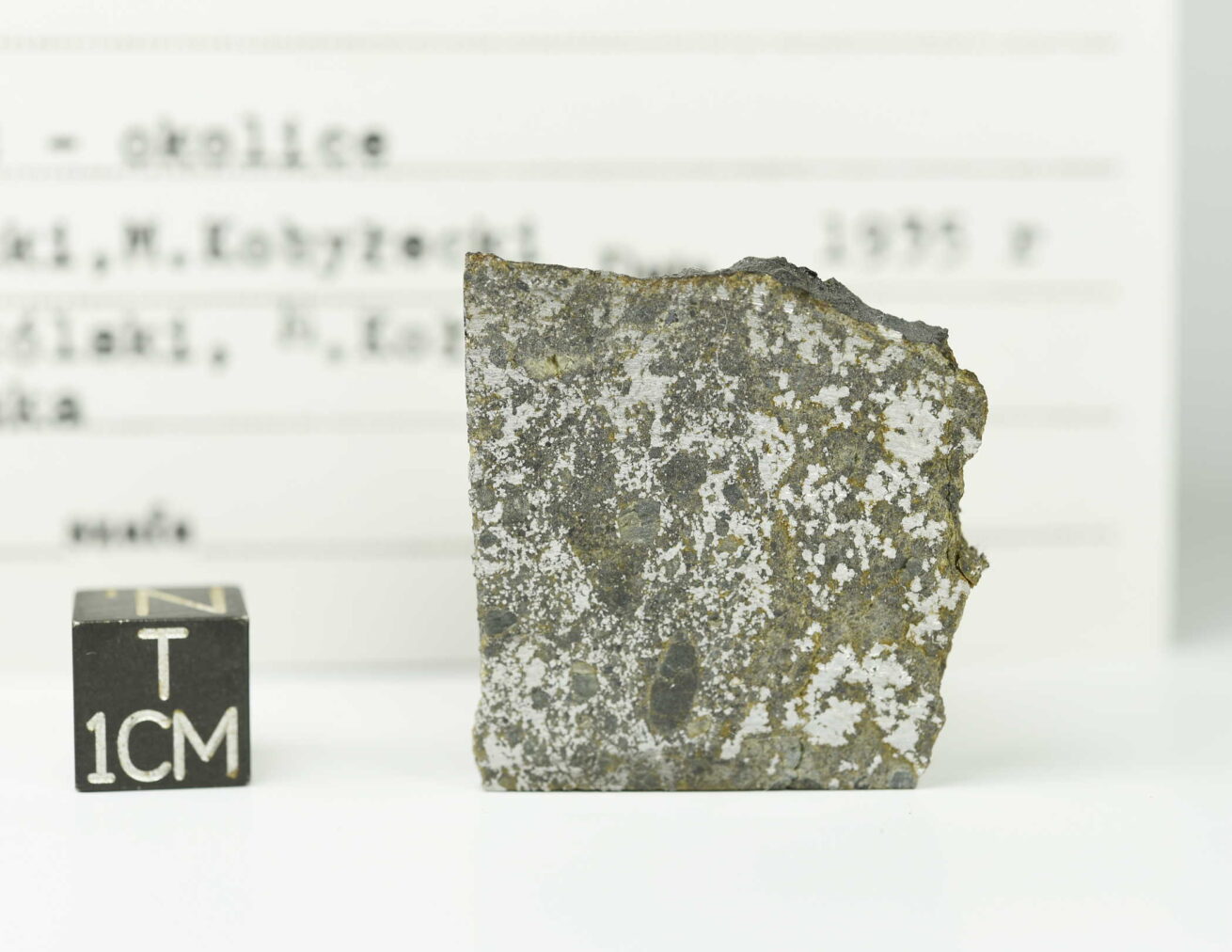 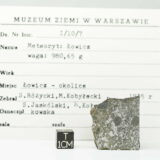 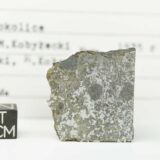 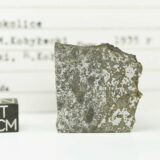 Lowicz meteorite fell in Poland on March 12, 1935. The Museum of the Earth in Warsaw send representatives near Lowicz to get information from the local people. They ask to the population to hunt for specimens. For each specimen found, they will receive some money. About 50 fragments were then found for a total mass of about 110 kilograms. Other specimens will be found later. The area of the strewnfield is about 9 sq. kilometers.