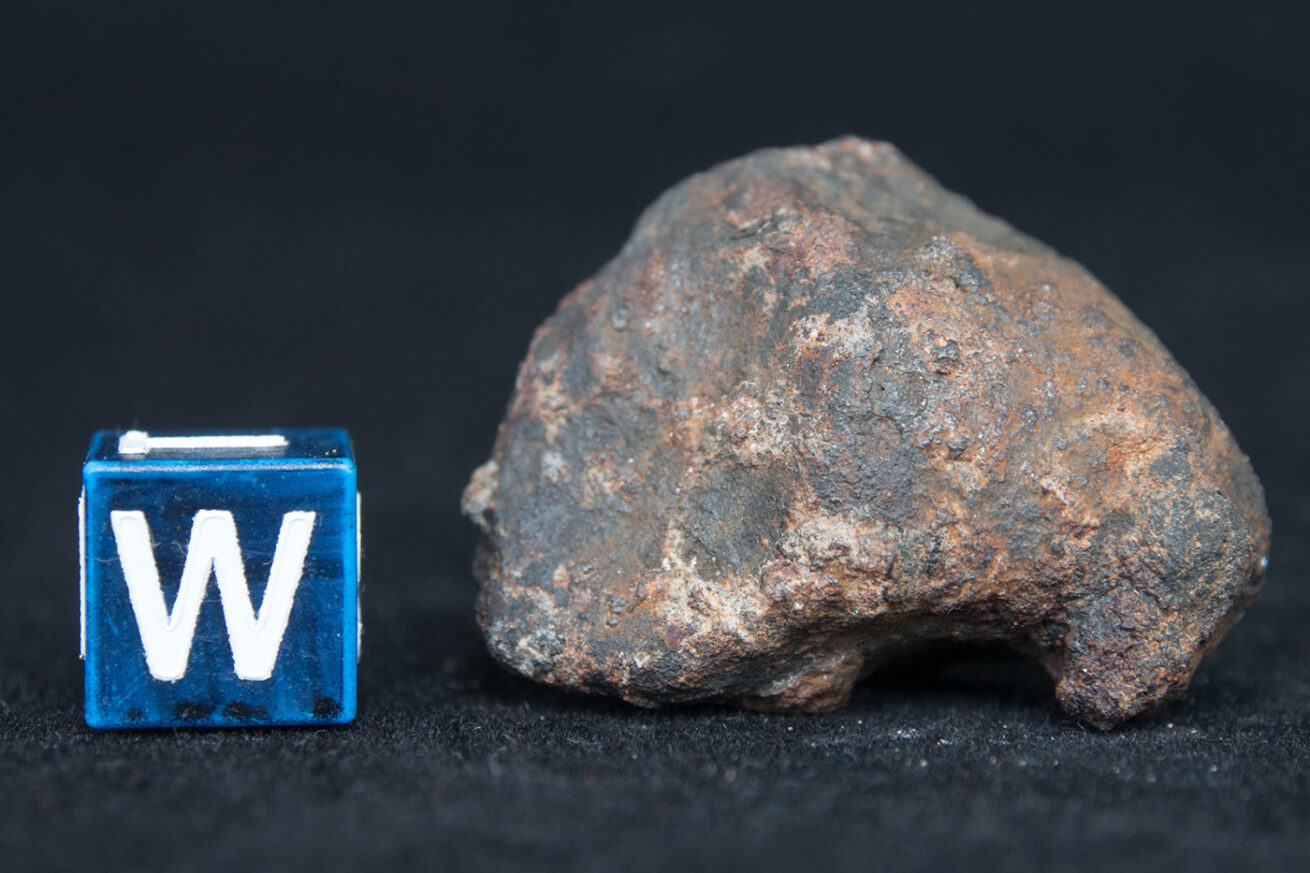 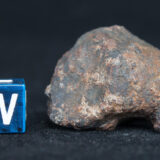 I found this meteorite on the Beni M’hira strewnfield. When I found it, I assigned the reference P053d as I supposed it was another Beni M’hira specimen It was visually extremely weathered, rusty, as it was the case for many Beni M’hira meteorites found on the salt lake at the north of the strewnfield. In 2013, Professor P. Rochette asked me to measure the magnetic susceptibility of all my Beni M’hira specimens. This one (P053d) had a totally different measure. A fragment was analysed and it was confirmed that this stone was a new meteorite and not a Beni M’Hira meteorite.