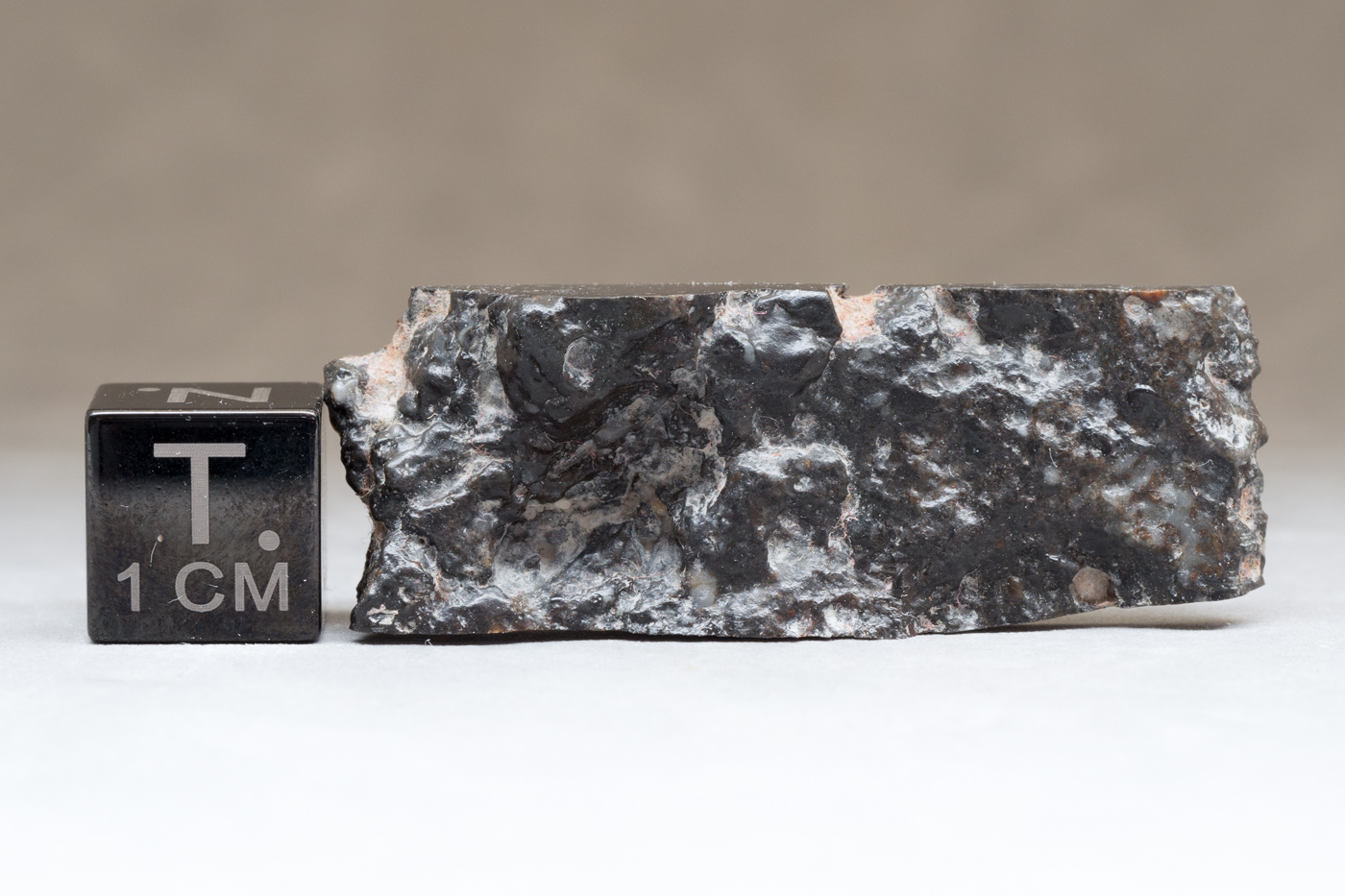 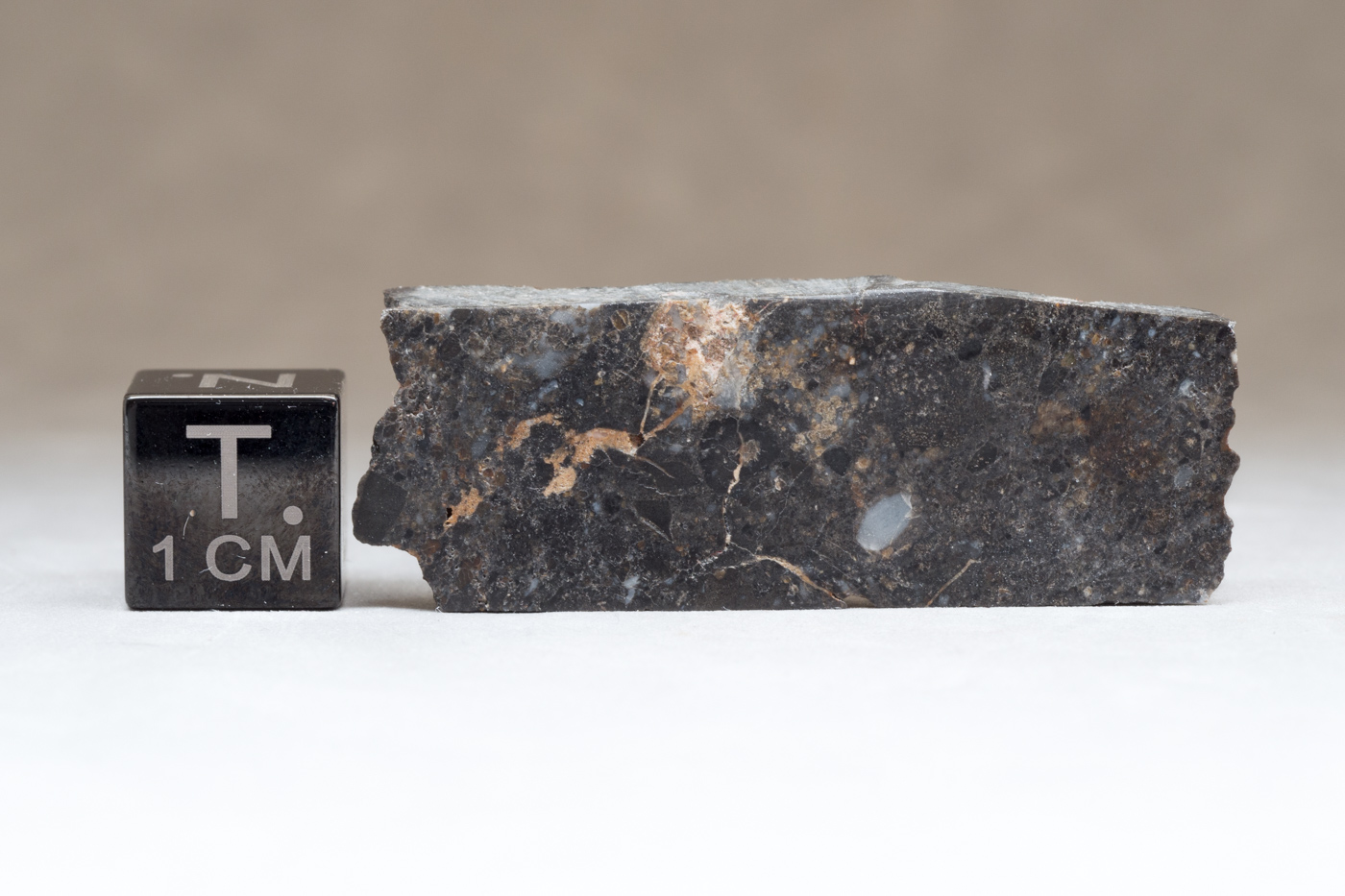 Jah 626 meteorite is only the second discovery of the meteorite hunter Marie Gerbet ! After her first find, a small, relatively fresh chondrite, she saw in the distance the stone of 466g, recognizing it immediately as an achondrite.

Despite its exterior look very close to a lunar meteorite, it is a polymict eucrite which has undergone partial melting (a “melt”).

During the Meteorite Fair of Ensisheim in 2011, Vishnu Reddy, who attended the DAWN mission, acquired a 20 grams endcut to realize its reflectance spectrum, in order to compare it with the data collected on the surface of the Asteroid Vesta by the probe NASA DAWN.

JAH 626 seems to be the meteoritic material nearest to the mysterious“Dark materials”, dark matter ejecta circling some craters on the surface of the giant asteroid Vesta ….