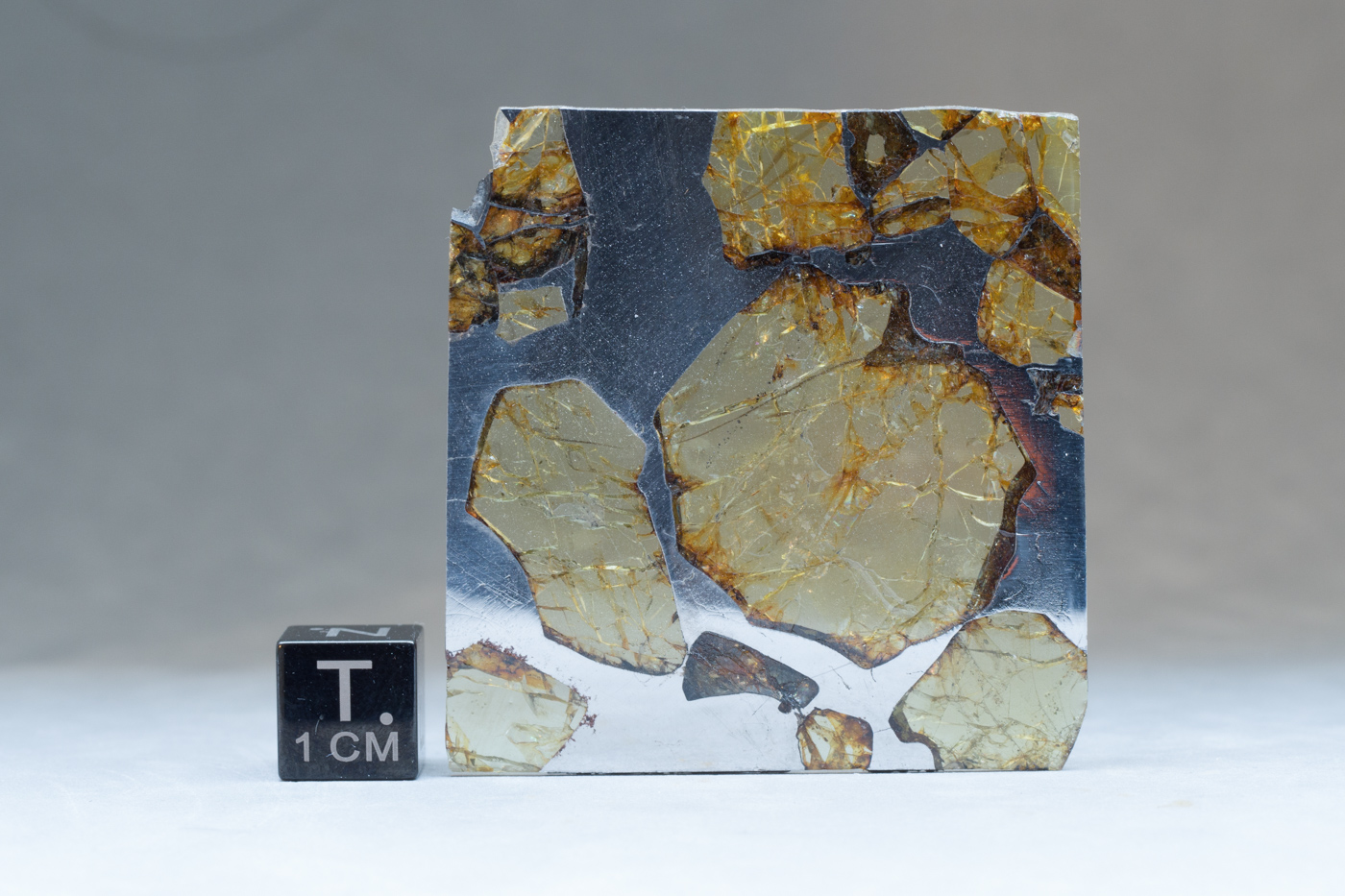 This meteorite was discovered in 2000 in the Gobi desert, in a mountainous area by an anonymous meteorite hunter. Another account suggests that the meteorite would have been discovered in a construction site and removed by an excavator.

It was sold to a Chinese merchant as a single mass of 1003 kilograms then exhibited at the International Mineral Fair of Tucson (USA) in February 2005. It then weighed 983 kilograms, the discoverer having retained twenty kilograms for his collection.

It was first studied at the University of Arizona and then sold for collectors.

In 2008, Marvin Kilgore (Southwest Meteorite Laboratory), owner of the main mass of 420kg of the Fukang meteorite, put it up for auction at Bonham where it was estimated at 2.7 million. Unfortunately   for him, it was not sold.

This is an extremely stable pallasite which can hardly rust. It is therefore advisable for collectors.