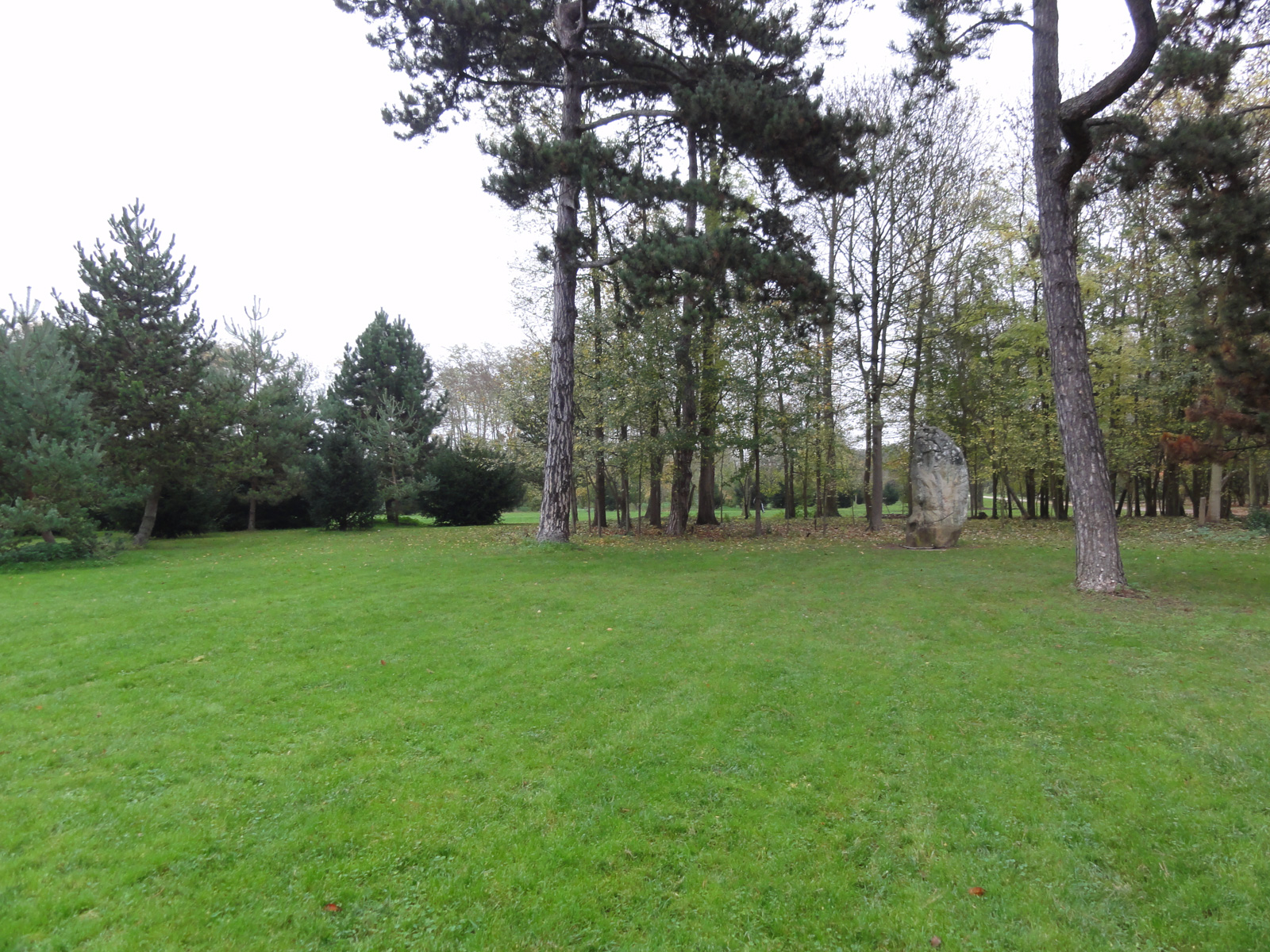 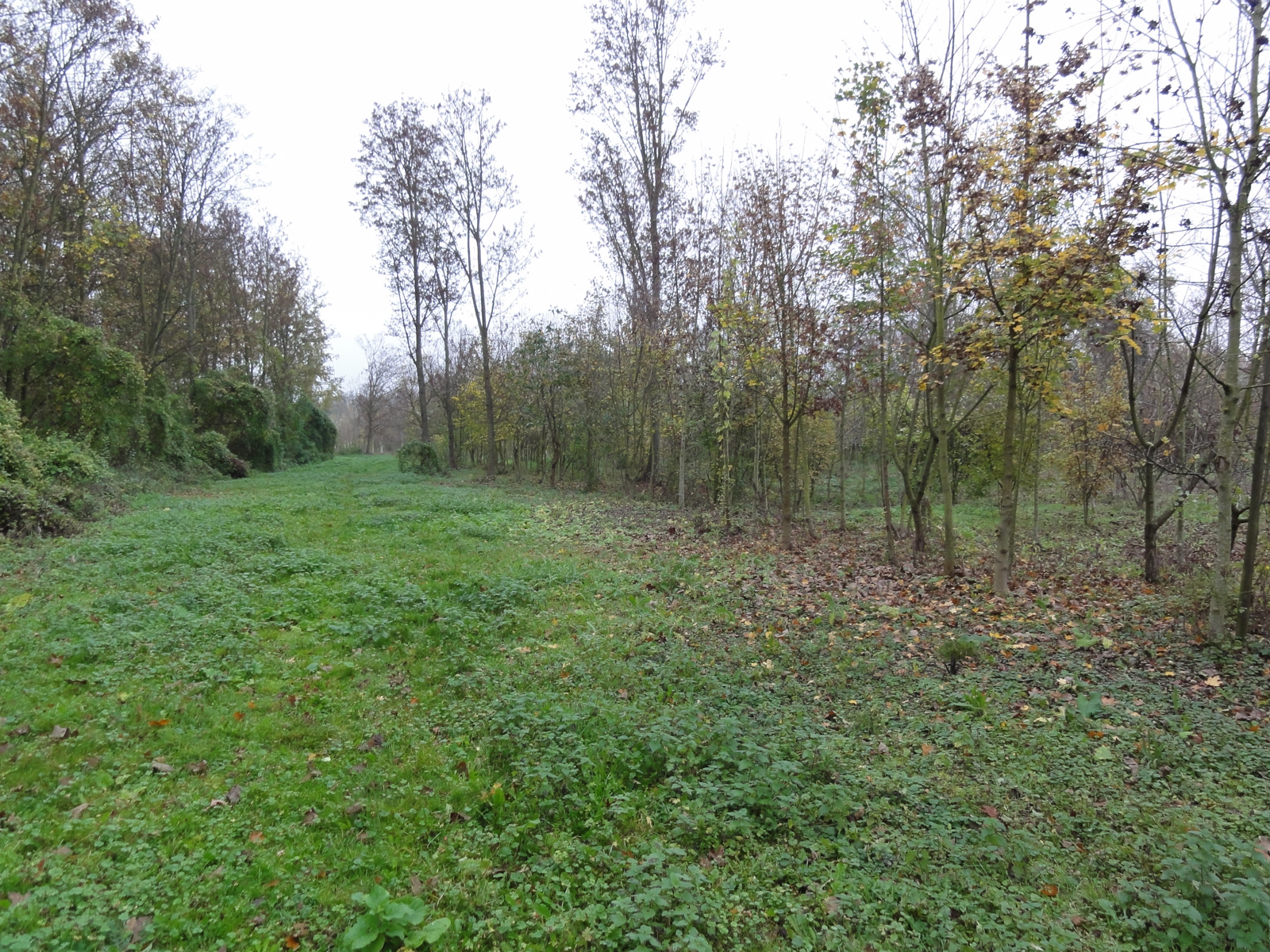 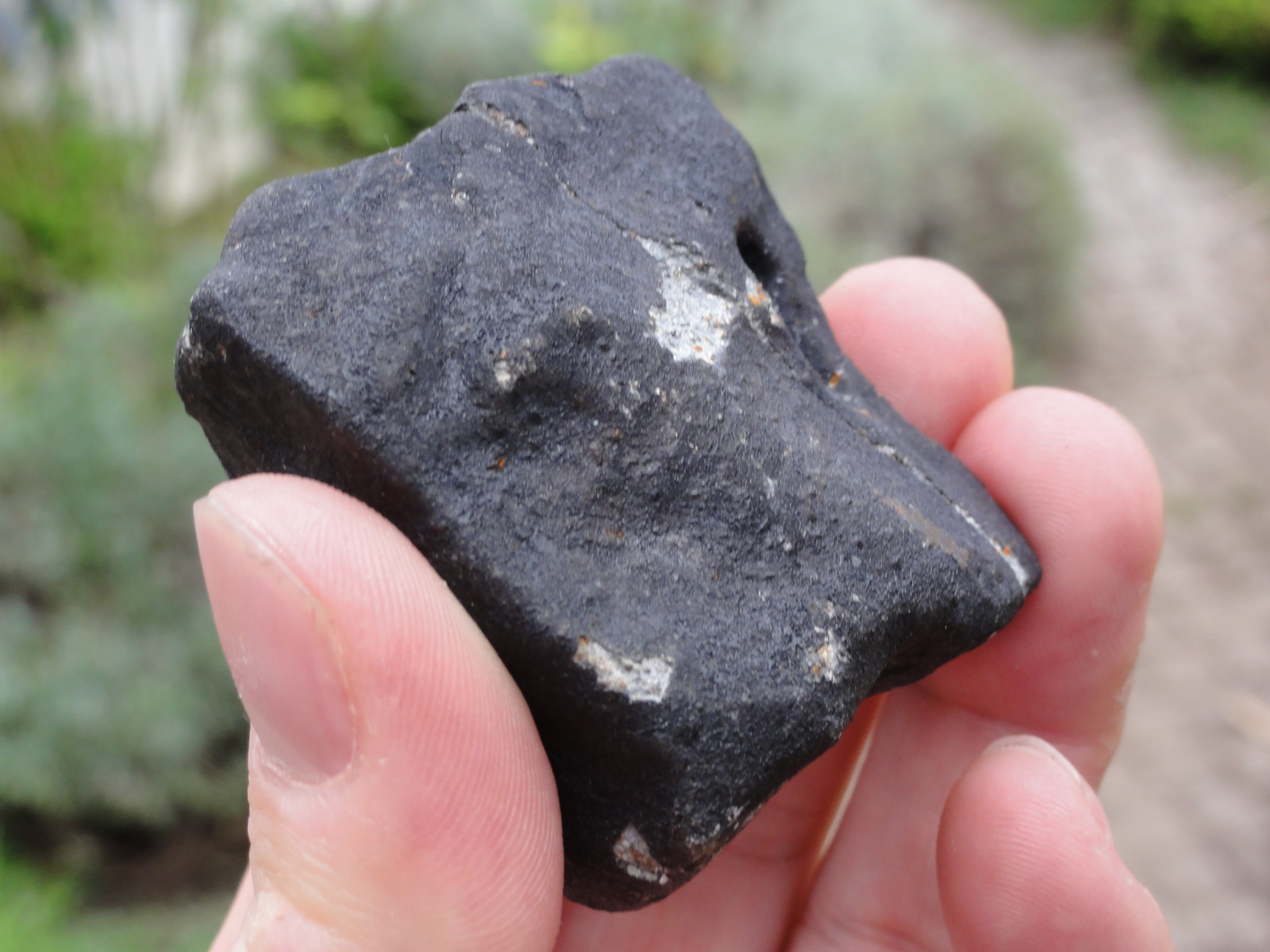 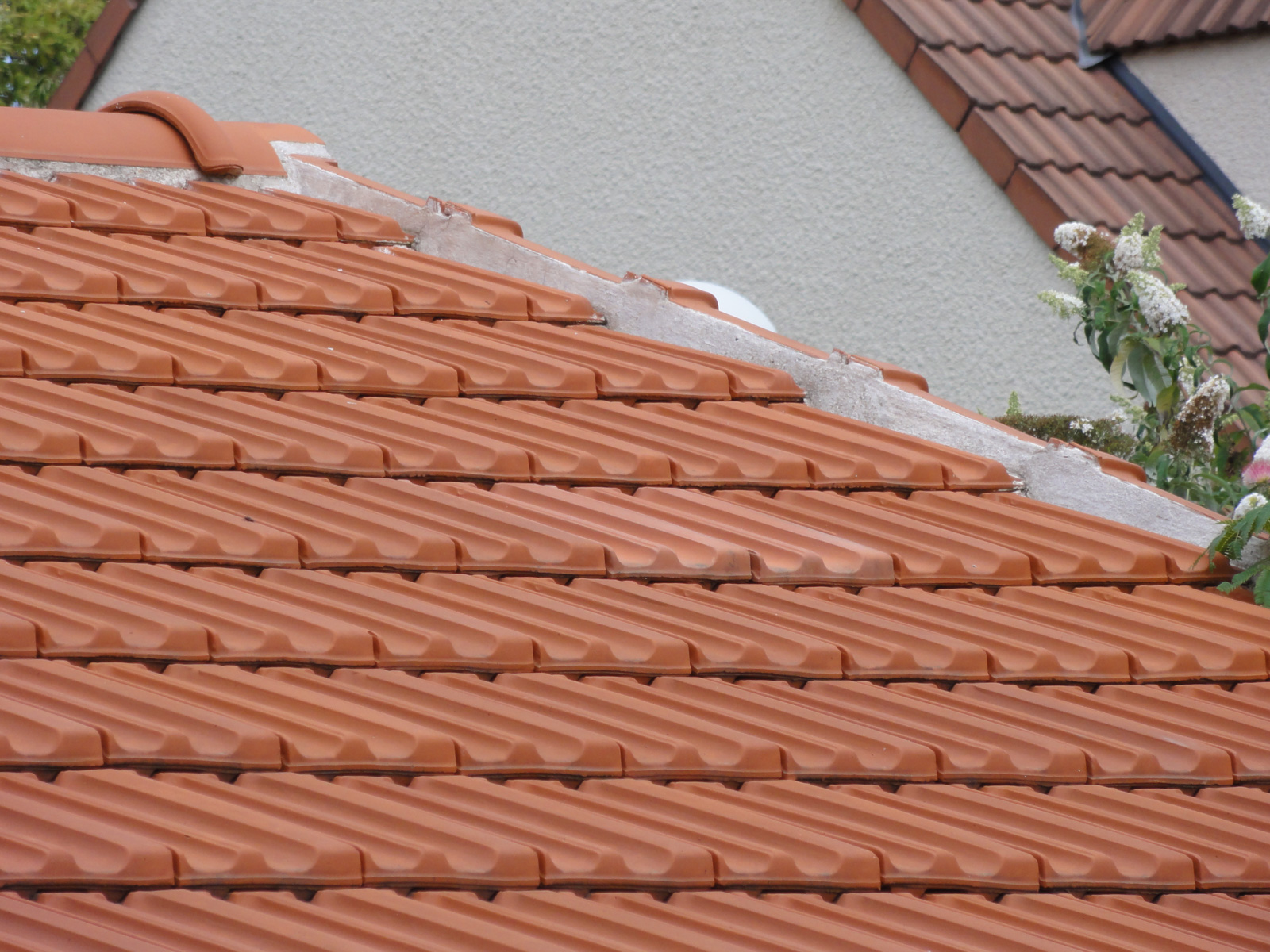 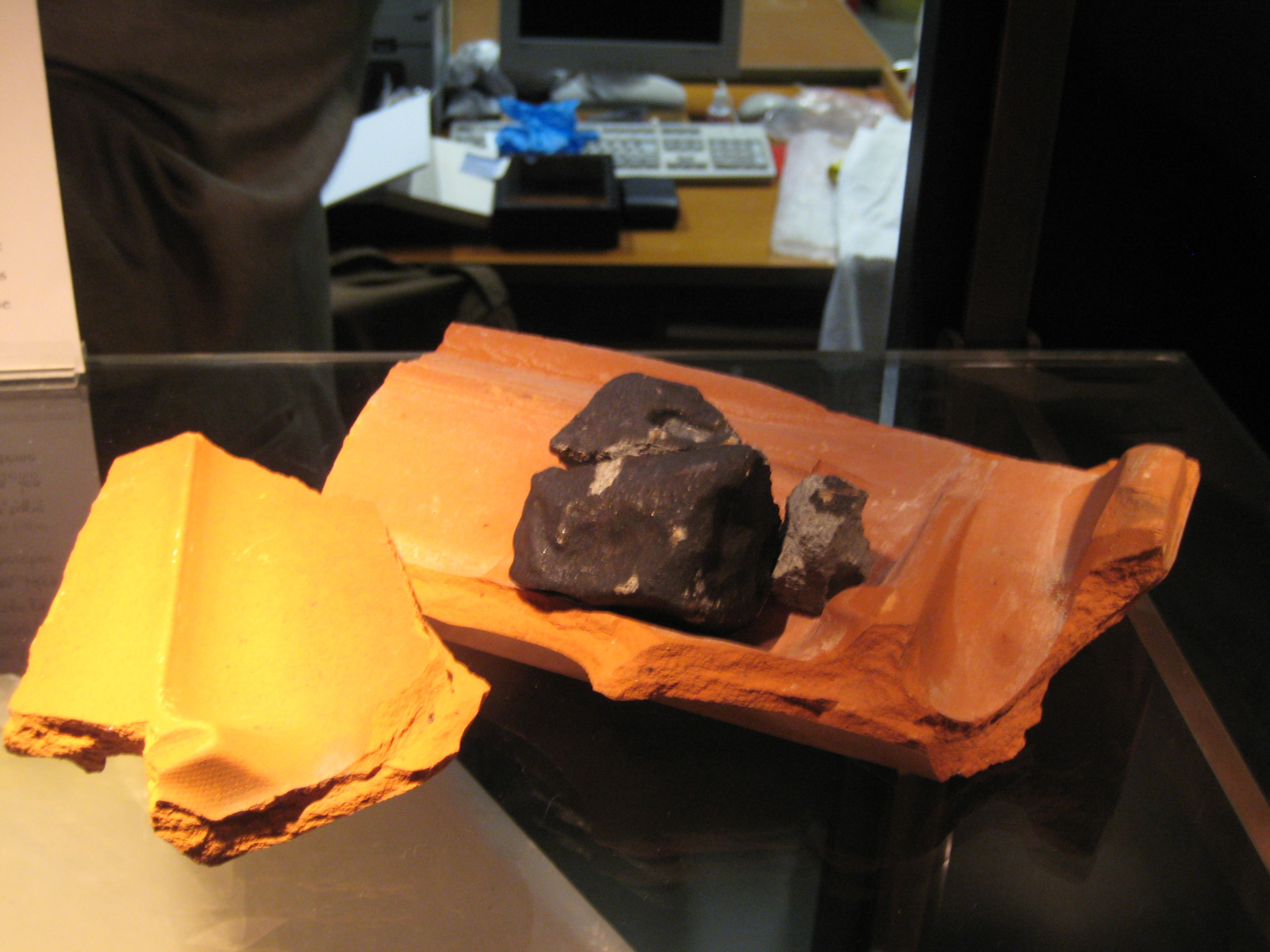 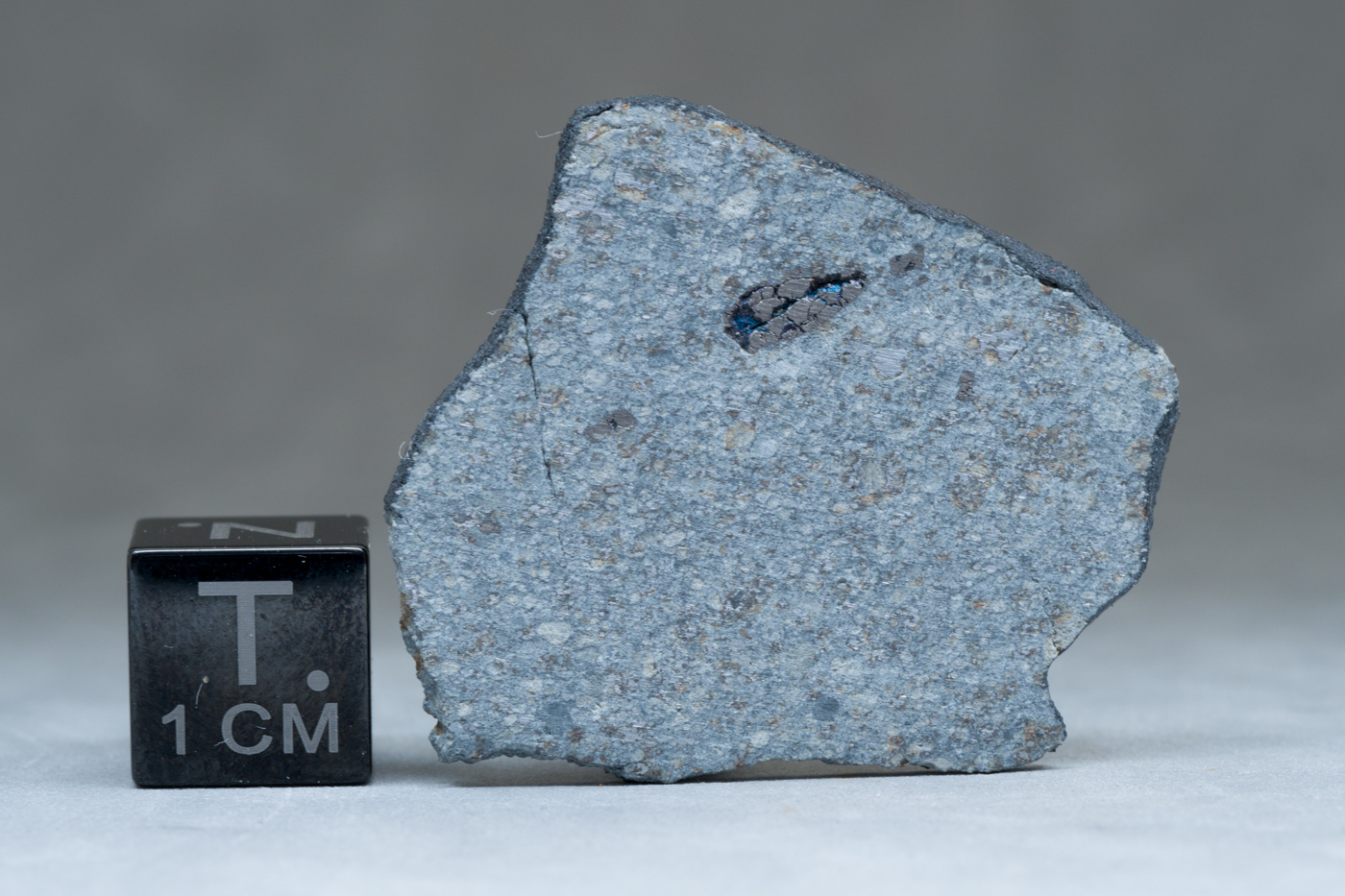 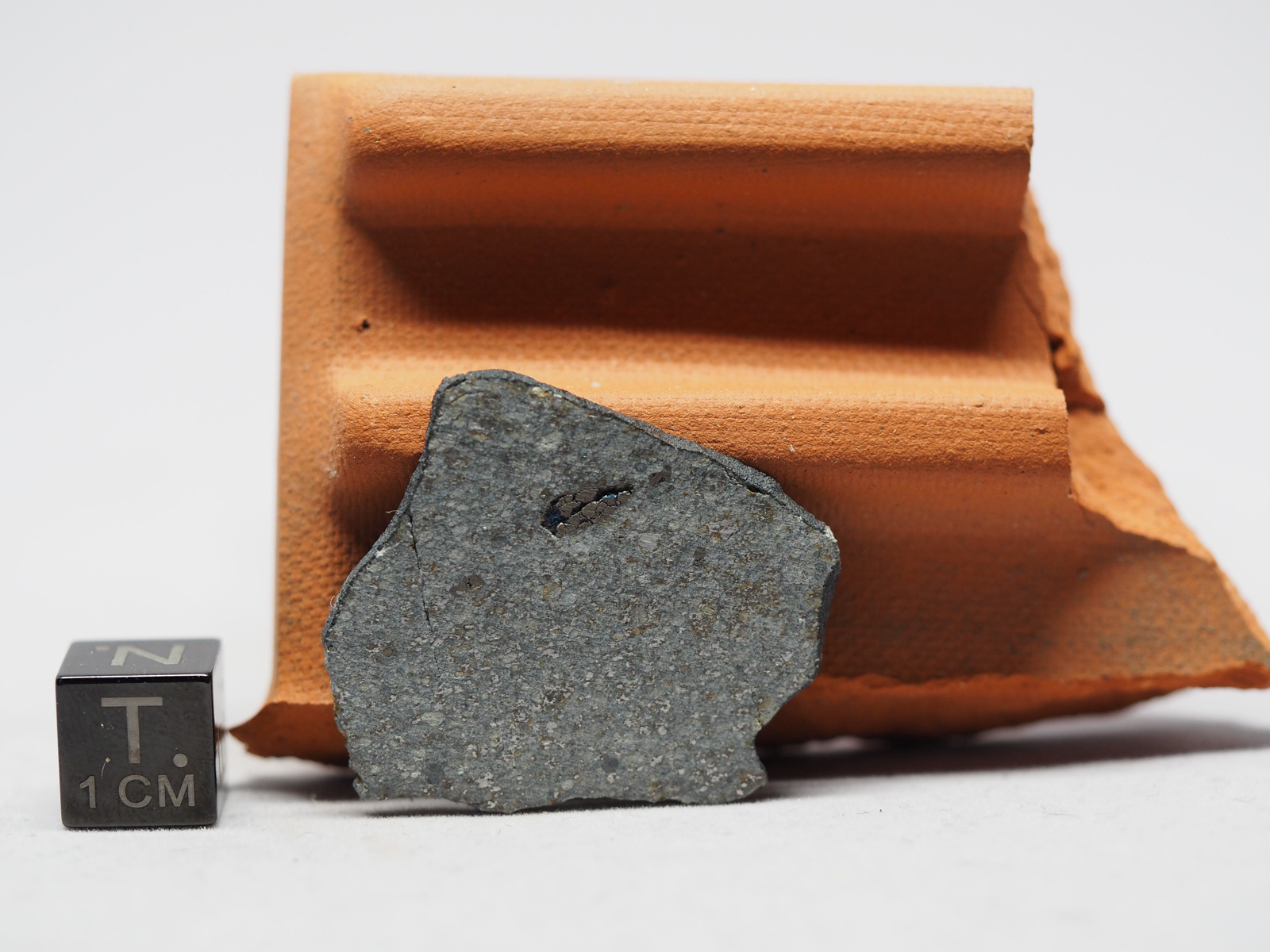 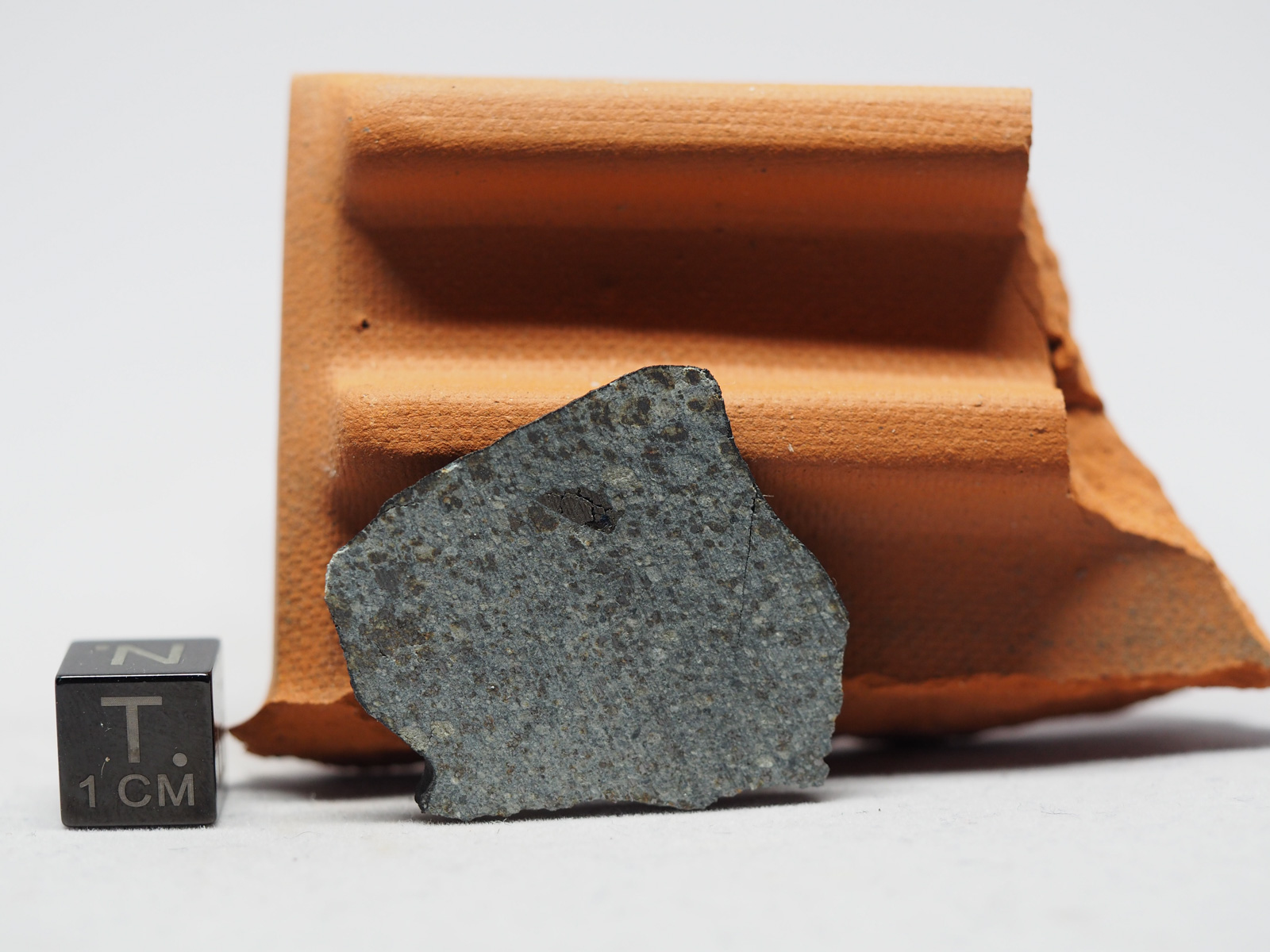 On July 21, 2011, owners of a house in Draveil, a small town located in the southeast of Paris, contacted me. On their return from vacation on july 18, they found a hole on the roof of their attic, as their bedroom window was directly overlooking it. Two tiles were broken; the couple’s son ascended the roof on the17th and found a stone in the glass wool. After the brother of the owner of the house broke it in two, they thought immediately that this was not a common stone and they contacted me. I then called Prof. Jambon who agreed to accompany me on the spot on friday, april 22, early in the afternoon. The stone, found near the forest of Senart, had a mass of 205.90g. As the original meteorite had been broken in two by the discoverers, a fragment was given to the Museum of Paris and the other part given to me for the collection. On september 28, Prof. Jambon analyzed the meteorite in the Museum of Natural History of Paris. It was classified as a H5 chondrite. Wishing to carry out field research and publish a press release at the conclusion of its investigations, the Museum asked us not to disclose the discovery.

Then, on saturday, october 8, 2011, an article was published in Le Parisien newspaper. It showed a photo of Alain Carion with Martine Comette (a predestined name) and his husband. Mrs. Comette had contacted a month before a roofer to replace a broken tile on the roof of the house she rented in Draveil because she had water infiltration. A meteorite had gone through the roof and had lodged in the insulation. She then contacted Alain Carion who went immediately there with a journalist to cover the event. A stone of 88g (with fragments for an additional 17g) was found in the roof insulation. The research was revived. The owner of the house claimed the half of the meteorite to give it to the Museum. On october 14, 2011, we learned that a 5kg meteorite had been found 5 or 6 km of Draveil and authenticated by Alain Carion. This meteorite had landed on the terrace of a house, seriously damaging it. A postman was also the witness to the scene. The main mass had been discovered ! It was found later a stone of 33 grams inside the Montgeron College, and also a stone of about two kilograms in a refinery along the Seine, in Grigny. Two other specimens were found, including one that went through a car windshield and another who was thrown in the garbage by an old woman.