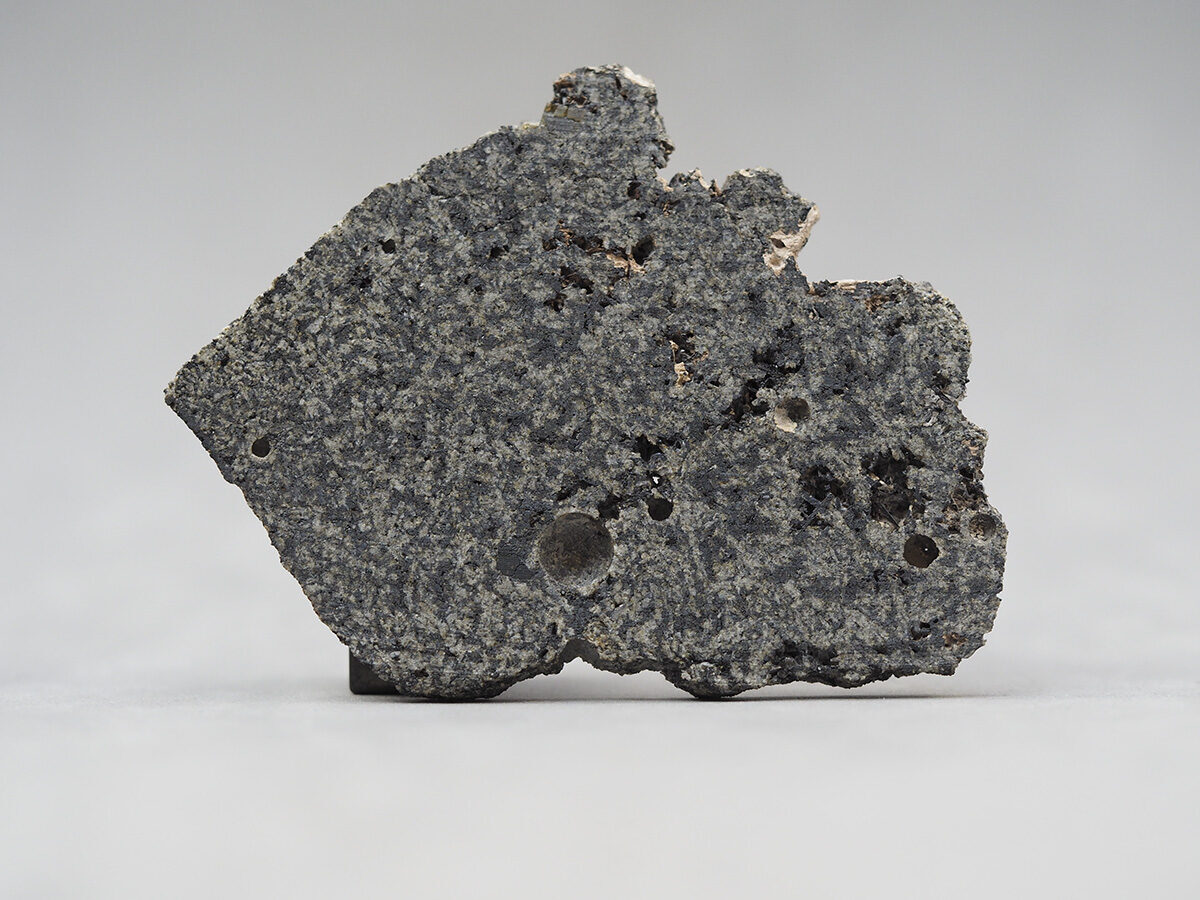 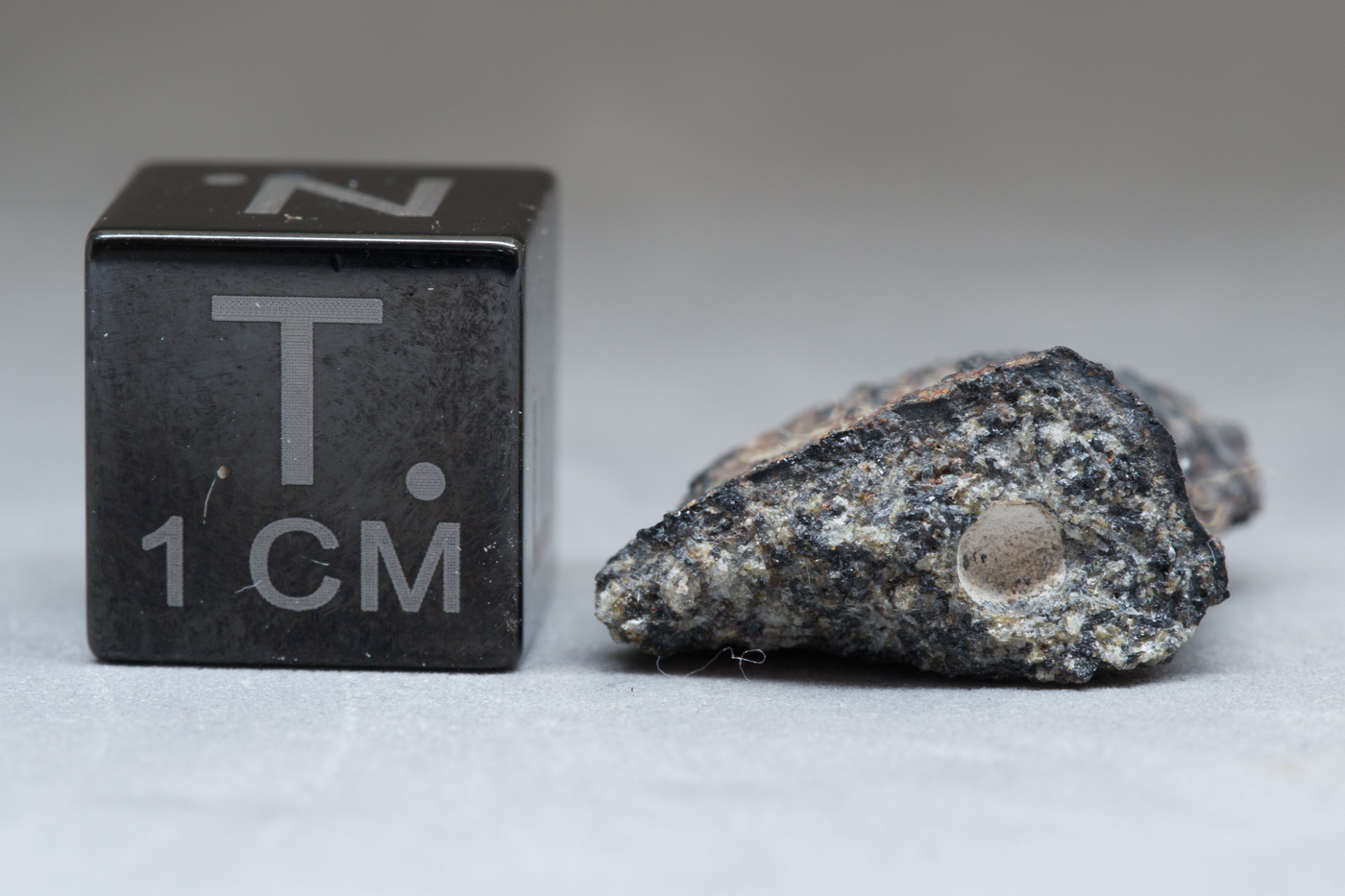 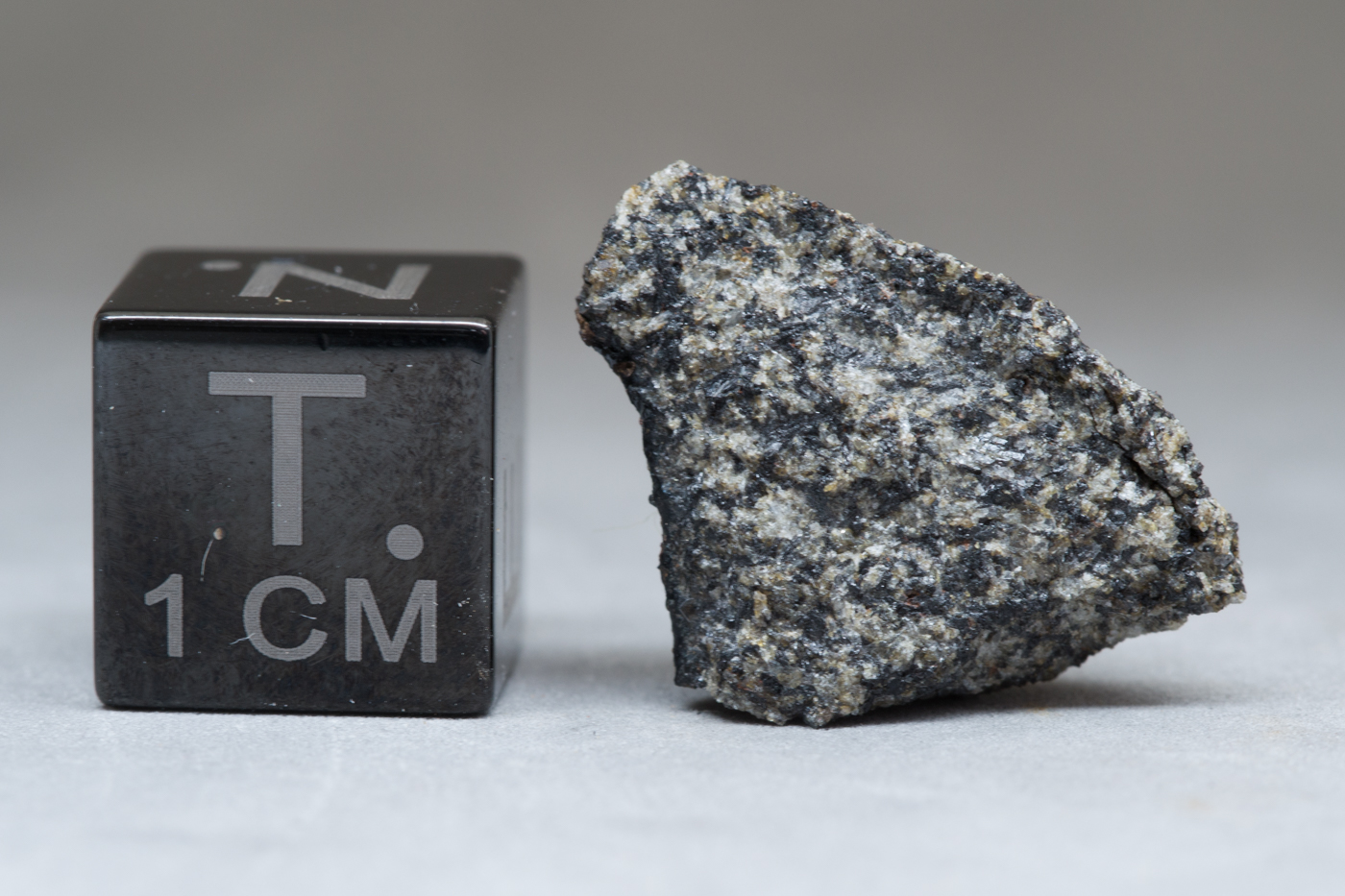 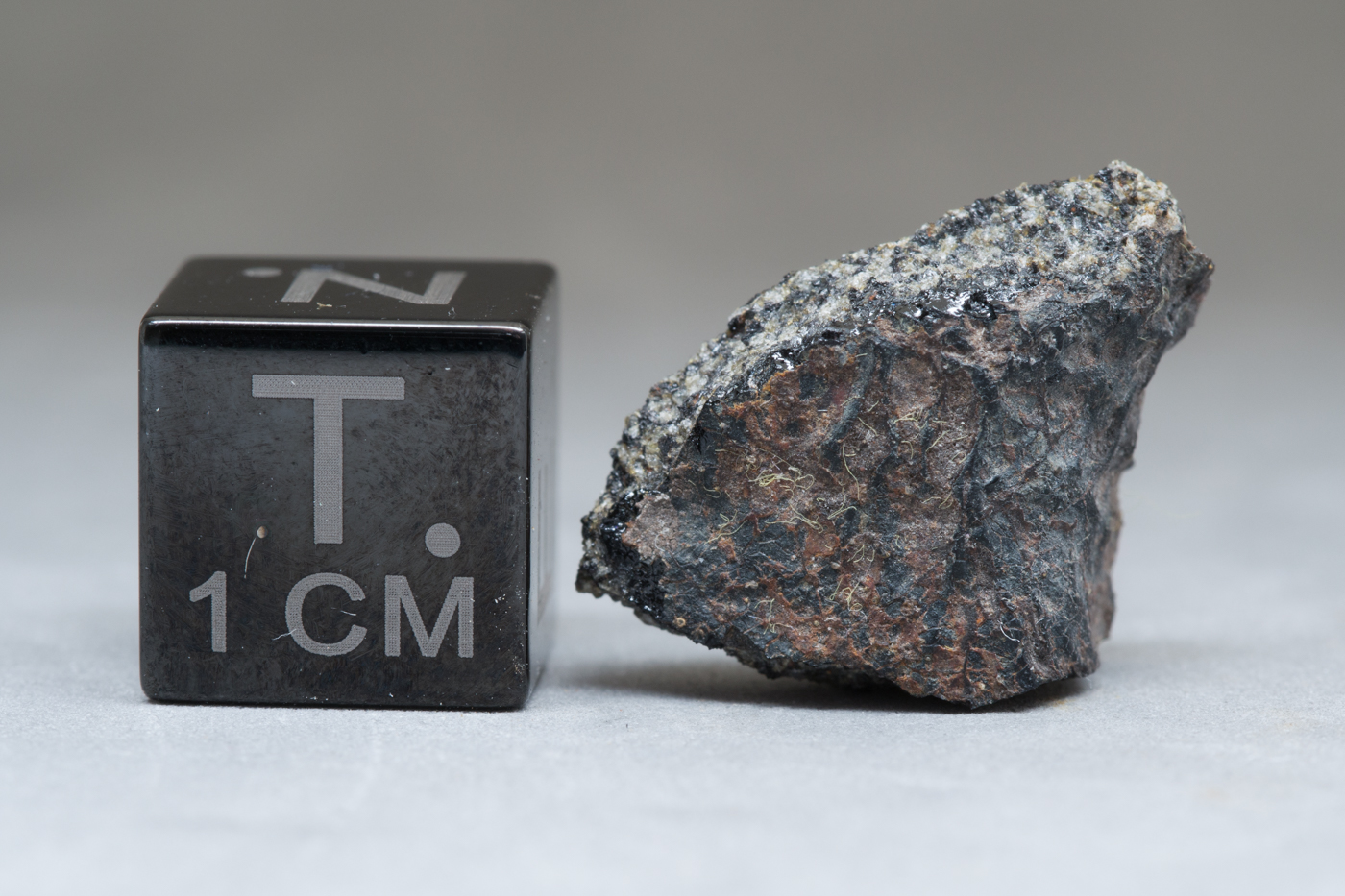 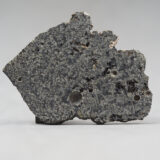 D’Orbigny meteorite was found in a cornfield by a farmer in July 1979. It was thought that this was a Precolumbian artifact and the stone was stored for two decades in the farm. In 1998, the owner read some papers on meteorites and sent the stone for analysis. The meteorite of d’Orbigny was then authenticated in 2000 by Dr. Gero Kurat. The meteorite measures 34 cm long.

Angrites are an extremely rare type of meteorites. In 2004, Dr. Kurat published a study indicating the discovery of a new mineral in this meteorite, a silicate of iron, aluminum and titanium, but without any real certainty.

A more recent study comforted this analysis and this new mineral was named Kuratite in honor of Dr. Kurat (1938-2009). The meteorite of d’Orbigny is famous for some unique visual characteristics. Among these, we can see almost perfect spheres which are either empty (we then have hollow hemispheres in slices) or filled with vitrified crystals.