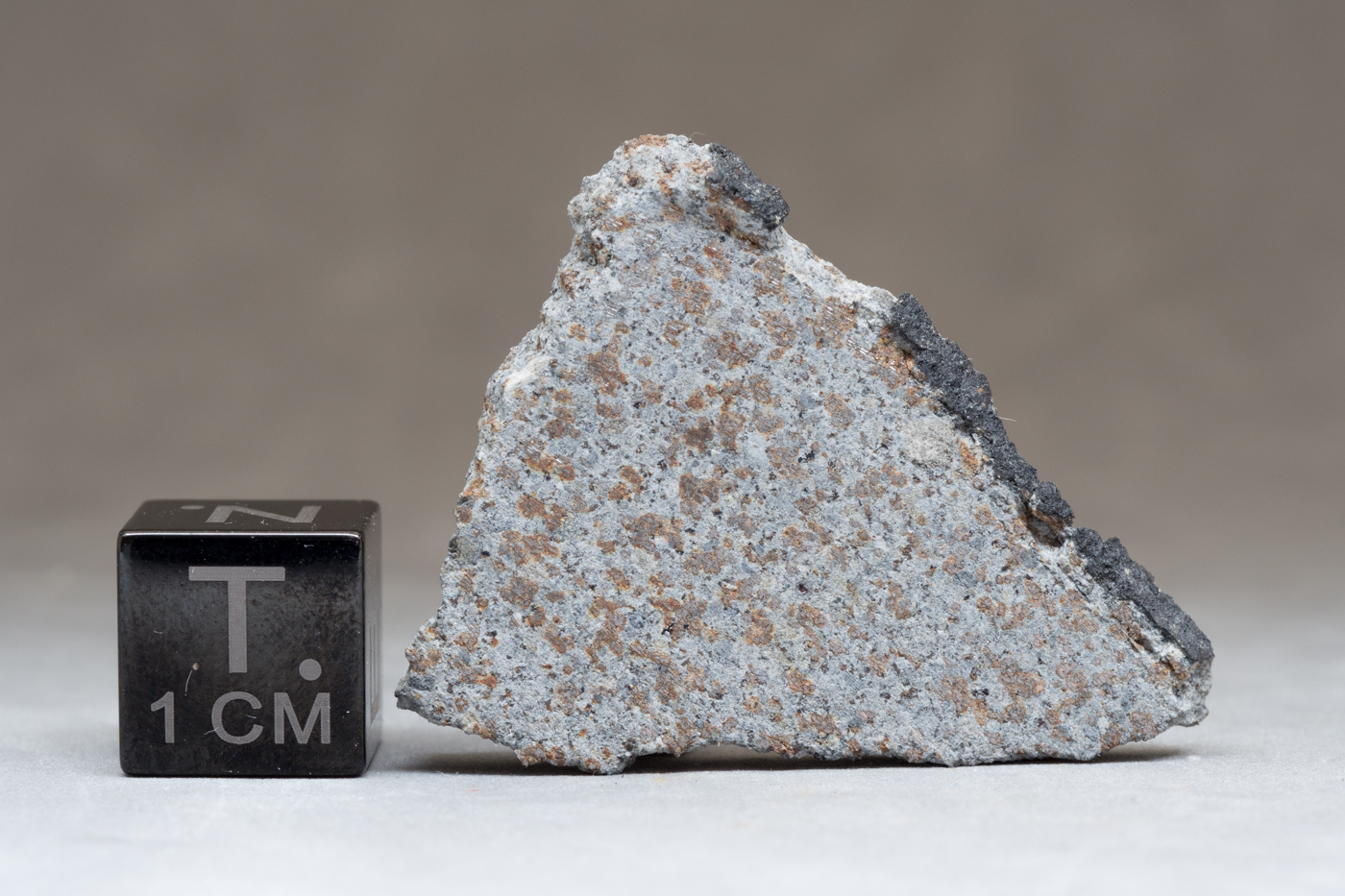 On october 1999, a bright bolide was observed travelling from south-west to north-est, accompanied bu several detonations. Two stones were found by children near the village of Djoumine. At least five other specimens were discovered later on a 4 kilometers long ellipse for a total mass of 10 kilograms. The newspaper « La Presse » published this report : « A fireball the size of the fist was observed in the sky of Tunisia by the inhabitants of Joumine, in the region of Bizerte (60 km north of Tunis) ».

When questioned about this event, a specialist from the National Bureau of Meteoroly of Tunisia (ONM) confirmed the phenomenon and told that several seismological stations recorded that day at 6.30pm « a shake that was not common with a typical earthquake shake. […] After checking with our observers and the eyewitnesses reports, we concluded that it would rather be a meteorite the size of a 30 centimeters in diameter ball shaped meteor, with a tail that gave rise to significant light and sound phenomena which, by hitting the ground, produced a huge shock felt in the regions of Bizerte and Beja » in a radius of about 25 kilometers.

According to the same source, the analysis have located the epicenter at 36.72 and 8.74 degrees with a magnitude of 1.8 degrees on the Richter scale.