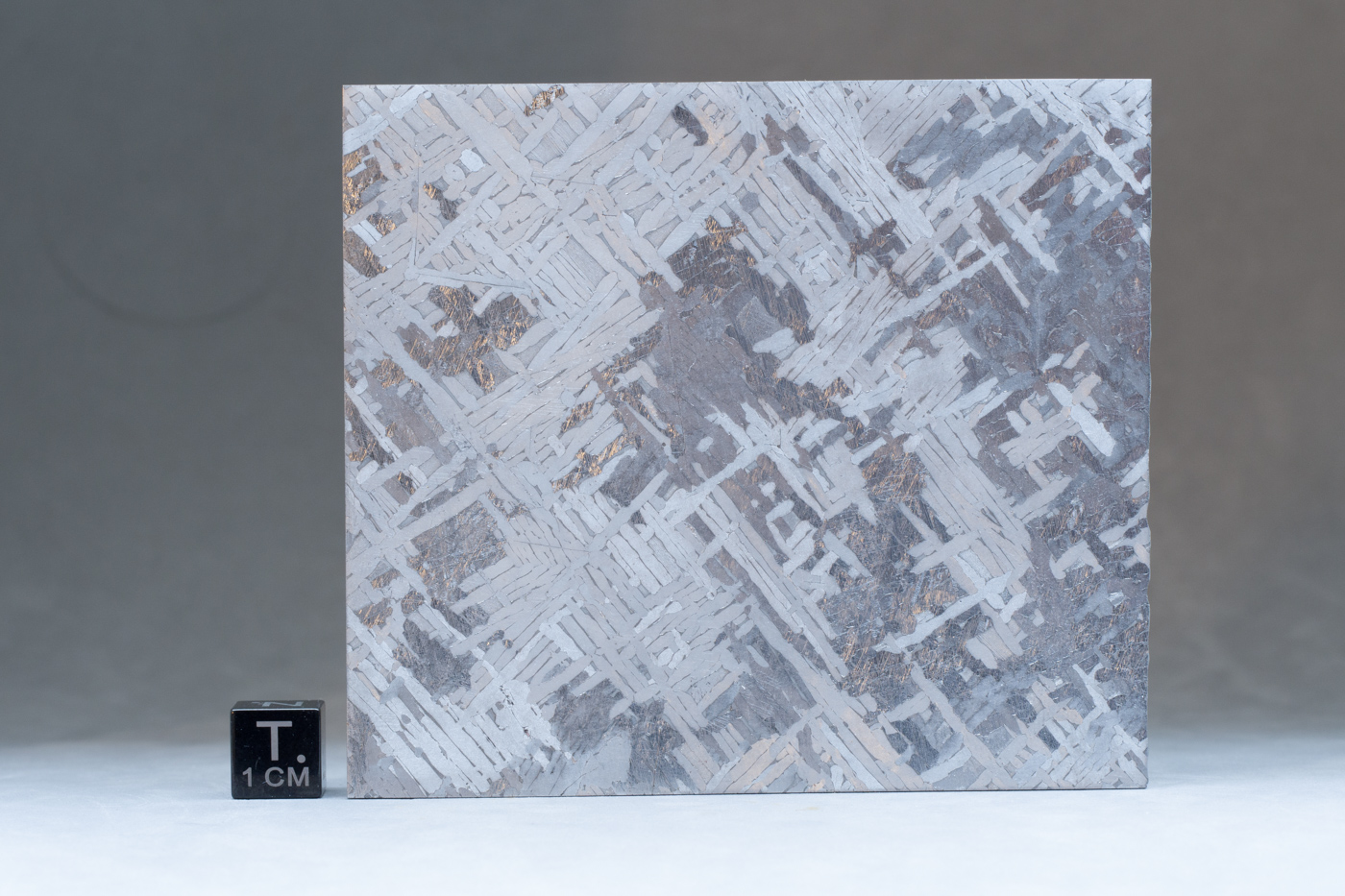 The Cape York meteorite fell about 10,000 years ago. It is known by the Inuits for centuries and it served as their source of metal to make harpoons and tools.

The first stories of its existence reached the learned societies in 1818. Five expeditions between 1818 and 1883 did not allow his discovery.

Finally, in 1894, the American explorer R. E. Peary located the meteorite and began to remove it from the ground. Peary had to organize expeditions for three years to load meteorites on his boat. A titanic work to move these blocks weighing up to several tens of tons. Peary resold meteorites at the American Museum of National History in New York for the sum of 40,000$. The presentation of the 30-ton meteorite named Ahnighito required the construction of a specific support in the museum.

The last known specimen was found in 1984 by a resident hunter of Savigsivik, Jeremias Petersen. The mass was in the water, along the shore.

The strewnfield is extremely extensive as it measures 100 km x 15 km. The location of the specimens suggests that the meteor came from the northwest and was moving southeast. No crater was ever found which implies that meteorites fell on the ice and snow.