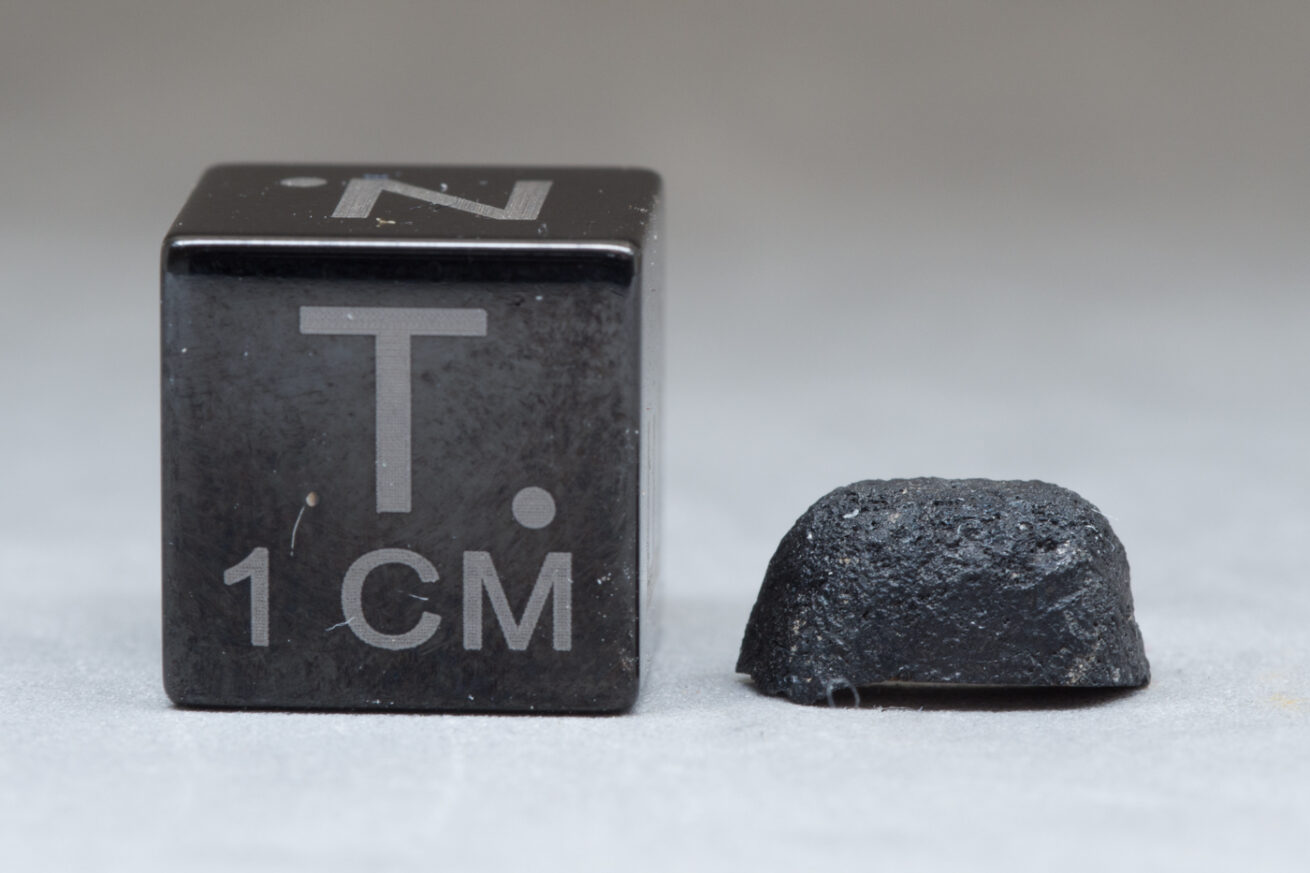 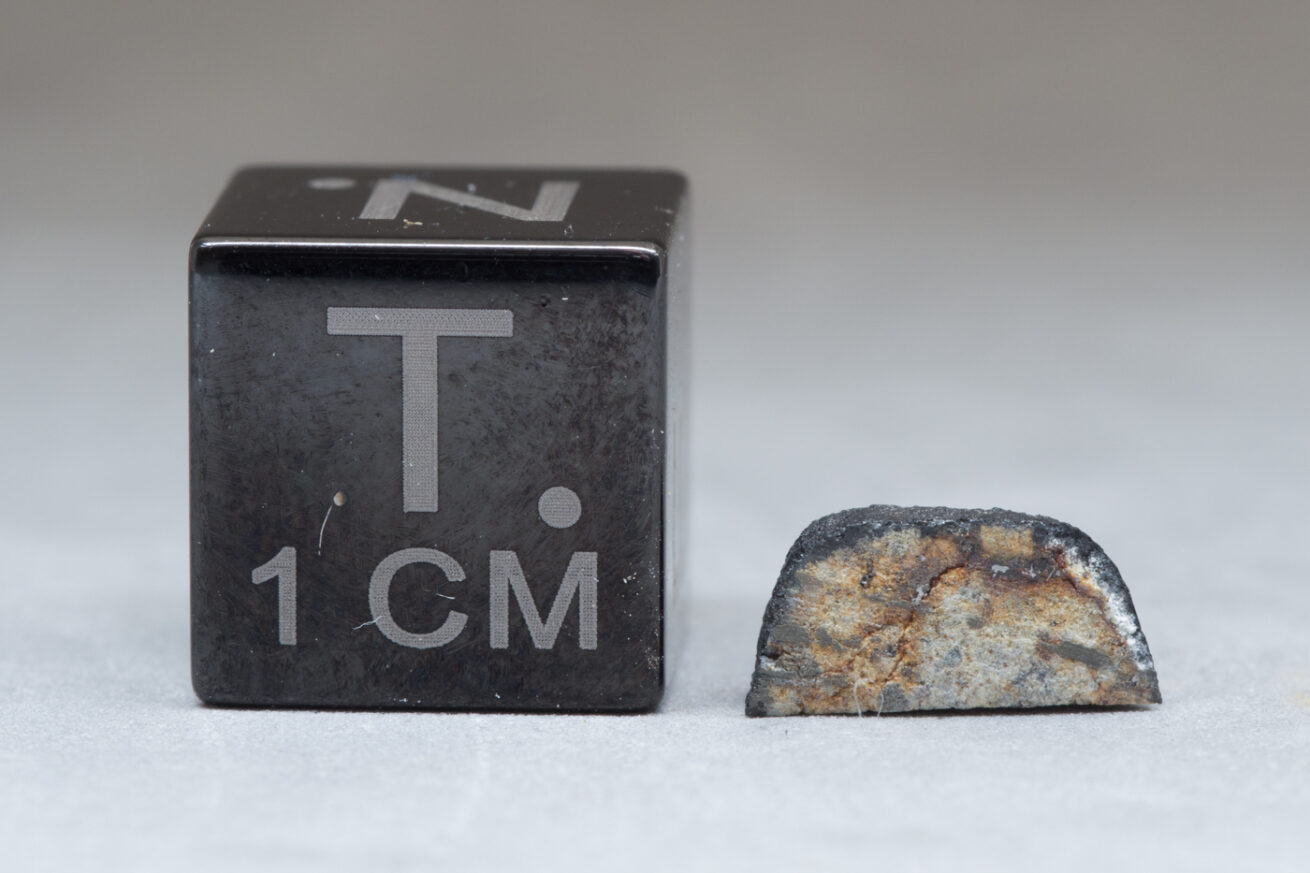 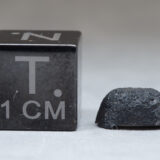 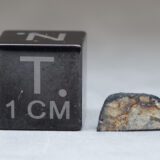 On July 25, Quentin Louis was hiking with his girlfriend in the town of Abbans-Dessous when he discovered on a path a very black stone which was completely different from the other stones in the area. He recognized with certainty that it was a meteorite.

On August 3, when he took his train back to Besançon to go at home in Lille, he contacted Fabien Kuntz to show him the stone before leaving. An appointment was taken into town. This is really a meteorite, weighing 3.12 grams precisely. It is incredibly fresh and it may have fallen a few days before July 25, 2015.

Quentin Louis was first reluctant to cut the stone to give 20% for analysis. Understandably. The non-destructive magnetic susceptibility test was performed and indicated a LL type chondrite (log(x)=4.20). Then later, a non-destructive analysis was done at the Laboratori Nazionali del Gran Sasso (LNGS) in Italy, using a high-purity germanium (HPGe) detector to determine the terrestrial age. The specimen was measured starting from December 23rd, 2015 for 12.65 days. The density measurement gave a L chondrite and the terrestrial age analysis indicated that the meteorite was not from a recent fall.

Finally, Quentin Louis accepted to cut a type-specimen so the complete analysis of his find has been done at the  CEREGE in France.